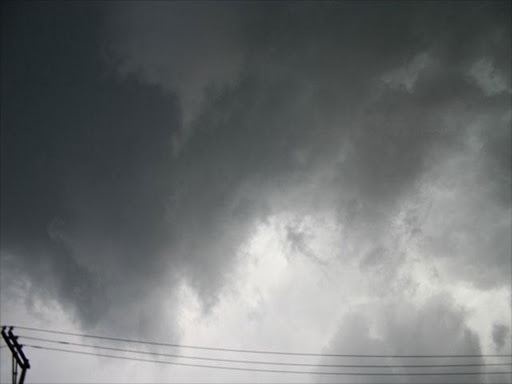 The government in the semi-autonomous region described the situation as a "disaster", with entire villages destroyed, and said it was appealing for emergency international aid.

"Information collected from coastal areas via irregular telephone contact over the past 48 hours indicates that up to 100 people might have been killed, while hundreds of other people remain unaccounted for," it added.

Puntland President Abdirahman Mohamed Farole said the "crisis was immense", with the government declaring the situation a "disaster".

The government is organising relief efforts, but also appealed for international support.

"Preliminary information also indicates that homes, buildings, boats and entire villages have been destroyed and over 100,000 livestock lost, endangering the livelihoods of tens of thousands of local people," the government said.

Heavy rains and fierce winds are expected to continue until Wednesday, it added.

"Affected coastal areas are in need of emergency supplies of clean water, non-perishable foods, medicines, emergency shelter materials, and blankets," the government said, adding it was setting up makeshift shelters for those made homeless.

Local authorities in the coastal towns of Eyl and Bandarbeyla said the remote settlements were badly hit.

"At least 11 people were killed and six others injured in the Eyl area this morning alone," said Feisal Kalif, deputy commissioner of Eyl. "People are confused, and the situation is getting worse."

Somalia has been riven by civil war since the collapse of central government in 1991.

Impoverished Puntland, which forms the tip of the Horn of Africa, is run by its own government, although unlike neighbouring Somaliland, it has not declared independence from Somalia.

The often lawless region is also home to numerous warlords, as well as for many years hosting pirate gangs who raided far out into the Indian Ocean.

Al-Qaeda-linked Shebab are also based in Puntland, with bases in the rugged Golis mountains, honeycombed with caves and difficult to access.

On Friday the insurgents staged a failed bid to free comrades in prison in the town of Bosaso, with up to 40 men involved in the raid.

The impact of the storm will be a possible complicating factor as Puntland gears up for a presidential election due in early 2014, which was suspended in July after the government warned that the risk of violence was too great.