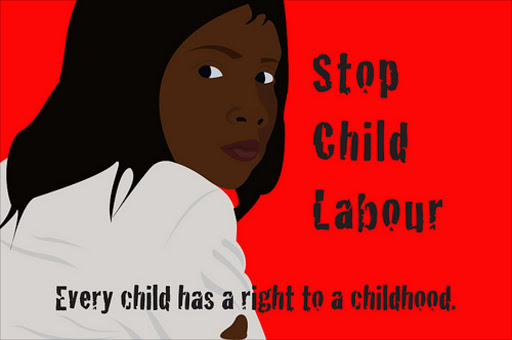 As many as 10.5 million children worldwide work as domestic servants, in what can be hazardous and even slave-like conditions, the International Labour Organization said.

The UN labour agency said almost three quarters of such youngsters are girls, and that 6.5 million child servants are between five and 14 years old.

The reality on the ground flies in the face of international efforts to halt such exploitation, said Constance Thomas, director of the ILO's global programme to eliminate child labour.

"The situation of many child domestic workers not only constitutes a serious violation of child rights, but remains an obstacle to the achievement of many national and international development objectives," she said.

The problem is global though sub-Saharan Africa remains a leading concern, notably countries such as Burkina Faso, Ghana, Ivory Coast and Mali, according to the ILO.

In an 87-page report released to mark World Day Against Child Labour on June 12, it also underscored that rural families in Pakistan and Nepal are sometimes forced to send their children into domestic service in order to pay off their debts.

In Haiti, hundreds of thousands of children, including those who have escaped natural disasters, have ended up in domestic work little better than slavery.

And thousands of young girls from Ethiopia are every year sent to the Middle East to work as servants.

The ILO said such youngsters usually work in the homes of a third party or employer, carrying out tasks such as cleaning, ironing, cooking, gardening, collecting water, looking after other children and caring for the elderly.

Vulnerable to physical, psychological and sexual violence and abusive working conditions, they are often isolated from their families, hidden from the public eye, and become highly dependent on their employers.

They can also risk ending up being forced into prostitution, the ILO said.

"We need a robust legal framework to clearly identify, prevent and eliminate child labour in domestic work, and to provide decent working conditions to adolescents when they can legally work," Thomas said.

Child domestic work is not recognised as a form of child labour in many countries because of the blurred relationship with the employing family, the report said.

Such children work but are not considered workers and, while they live in a family setting, are not treated as a family member, it said.

This "care vacuum" opens the way to exploitation, but such youngsters are difficult to protect because they can be hidden from the public eye.

Child domestic servants represent some five percent of all children under the age of 17 in employment around the world, according to ILO figures.