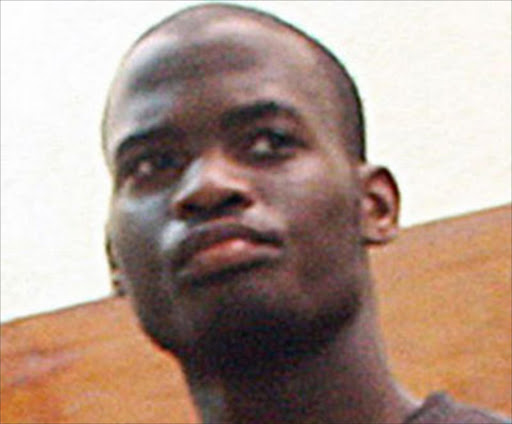 Police have begun questioning one of the prime suspects in the brutal murder of a British soldier in London, six days after the Islamist attack, following his release from hospital.

Michael Adebowale, 22, was formally taken into police custody on Tuesday as the family of his co-accused, Michael Adebolajo, issued a statement expressing their "profound shame and distress" over the murder.

Soldier Lee Rigby was hacked to death in broad daylight last Wednesday near a barracks in Woolwich by two men who later spouted Islamic extremist rhetoric at passers-by.

Both Adebowale and Adebolajo, 28, were injured in police gunfire at the scene and were held at separate London hospitals under armed guard until they were well enough to be questioned.

Following his discharge on Tuesday afternoon, Adebowale was taken into custody at a south London police station, Scotland Yard said.

Detectives have 24 hours to question him before they have to apply for an extension. After a total of 96 hours, they must decide whether to charge him or release him.

Adebolajo, who was captured in amateur footage after the attack claiming he murdered the soldier because British troops were killing Muslims, remains in stable condition in hospital.

In a statement, his relatives sent their "heartfelt condolence" to the family of the murdered 25-year-old, which includes his two-year-old son Jake.

They said there was "no place for violence in the name of religion or politics".

"Nothing we can say can undo the events of last week," they said.

"However, as a family, we wish to share with others our horror at the senseless killing of Lee Rigby, and express our profound shame and distress that this has brought to our family."

They said they "wholeheartedly condemn" terrorism, and "fully expect" that the soldier's killers will be brought to justice.

Both Adebolajo and Adebowale, Muslim converts from Nigerian Christian families, are believed to have been known previously to the British intelligence services.

Adebolajo was arrested in Kenya in 2010 and questioned over alleged links to neighbouring Somalia's Al-Qaeda-linked Shebab militant group, Kenyan authorities have confirmed.

He was released into the custody of agents from Britain's MI5 spy agency, they said, and deported to Britain because there was insufficient evidence to charge him.

Kenyan officials denied allegations made by friends and relatives of Adebolajo that he was tortured while in custody.

His brother-in-law has also alleged that MI5 tried to recruit the 28-year-old after his return from Kenya and, saying it had some influence on his recent actions.

"When he came to the UK, he was pressured by MI5 for quite a while," James Thompson told ITV News.

"They asked him to be a spy for them, which he obviously refused. He was just continually pestered until ... the current events.

"(Adebolajo) ignored door-knocks and didn't call his family on normal mobile phones for fear that they might track him down and pester him more".

Police on Tuesday released on bail a 50-year-old man who on Monday became the tenth person arrested over the murder.

The force made 13 arrests for offences ranging from racially aggravated criminal damage to violent disorder.

Elsewhere, counter-terrorism police launched an investigation Tuesday after a guard at a maximum security prison was taken hostage and injured by three inmates reportedly inspired by Rigby's murder.

The prison officers' union told AFP that the guard was held hostage for nearly four hours at Full Sutton prison near York in northern England on Sunday, until riot officers managed to free him.

He suffered a broken cheekbone in the attack while a female colleague received minor injuries as she tried to help him.