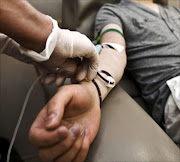 Canadian health authorities lifted what was effectively a ban on gay men giving blood, announcing new rules making men who have not had sex with men in the past five years eligible.

Under the previous regime, men who had sex with men since 1977, even once, were not allowed to donate.

The strict code was designed as a precaution against the spread of disease through blood transfusions, based on epidemiological data that showed a higher risk of transmitting HIV in, for example, men-to-men relations than through heterosexual or lesbian sex.

It has been modified at the request of the Canadian Blood Services and Hema-Quebec as part of their licensing renewal to collect and distribute blood products in Canada.

In a submission to Health Canada, the blood operators demonstrated that they can detect disease-causing agents in blood donations through screening, and that therefore a total ban on gay men giving blood was unnecessary.

Laurent McCutcheon, founder of a gay support center in Montreal, called the announcement "a step in the right direction" but said blood donors should be assessed solely based on risk factors, not abstinence.