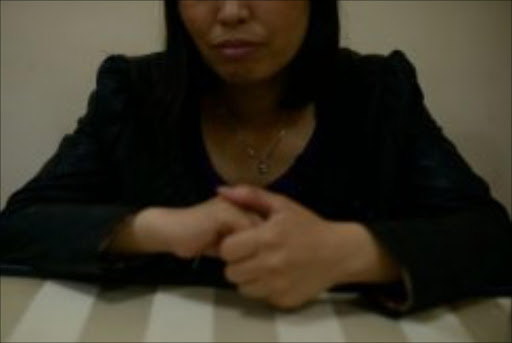 The kidnap, rape and forced prostitution of her daughter set Tang Hui on a mission to seek justice. But it was Chinese authorities' repeated obstructions, even detaining her, that made her a die-hard activist.

For seven years she has fought against the men who violated her child, and the system that blocked her, becoming a cause celebre in 2012 after her efforts landed her in a labour camp.

The public outcry over her sentence led to her release and Tang resumed her crusade -- which even she considers unlikely to succeed. But she refuses to give up.

"The biggest change for me has been that I no longer believe there is justice in this society," Tang said in an interview in Changsha, the capital of her home province of Hunan.

The 40-year-old's voice rose and her chin-length hair, still growing back after being shorn at labour camp, shook at times as she spoke.

But, she added: "For sure I will persevere."

Tang set out demanding punishment for seven men who in 2006 forced her daughter -- 11 at the time -- into sex work, and for a dozen police she says raped her child and falsified evidence to protect the abductors.

The men lured Tang's daughter at a skating rink in her hometown of Yongzhou by showing off their moves on the ice before seizing her.

Three months later Tang found her at a brothel but said an officer handling the case declined to intervene. "He didn't even go inside, just stayed at the side of the road, then got in his car and drove away," she recalled.

Eventually other police arrived to rescue the girl.

But it was just the end of the beginning of Tang's battle, and along the way, she says, she has endured beatings, false charges and labour camp.

In this way Tang -- who only went to primary school and now helps run a small shop -- fell into what Yu Jianrong of the Chinese Academy of Social Sciences has called a "vicious cycle" of ordinary citizens becoming obsessed activists after their initial injustices are mishandled.

The child came out scarred -- she contracted herpes, suffers from nightmares even today and still shuns men. To try to avoid any stigma she has moved away to another province and switched schools almost every year.

Tang stayed in Hunan to pursue justice, her efforts funded by loans from family and friends and her husband's meagre income from temporary jobs.

She tracked the kidnappers' trial impatiently as it took a year to open and then meandered in the courts for another four -- an unusually slow process for China's normally decisive legal system.

Frustrated, she found ways to agitate -- inviting trouble in a country that quashes social disturbance.

She handed out leaflets recounting her story. Twice she knelt for hours outside the Changsha high court. Dozens of times she travelled to Changsha and Beijing to petition higher authorities, an age-old practise in China.

Aggravated officials whose jobs depend on preventing protest began to monitor Tang and, she said, "every time I went to Beijing they would bring me back".

On one occasion she was detained in Changsha and beaten so badly that she stayed in hospital for over a week, vomiting for days as her swollen head throbbed, she said.

Finally in June 2012, two men were sentenced to death, four to life in prison and one to 15 years.

Tang continued to seek punishment for the police, but was soon sentenced to 18 months hard labour at a prison-like camp outside Changsha for doing so, along with her earlier efforts.

Xinhua state news agency said she was condemned for "seriously disturbing social order and exerting a negative impact on society".

Many petitioners face such fates in China, and the camps can involve gruesome abuses from electric shocks to shackling in painful positions, a Chinese magazine revealed in April.

Tang said she was never allowed to speak with other inmates so did not learn what they experienced.

News of her detention spread online, scandalising the public. "The state should protect citizens," one social media user wrote, calling her ordeal "so unfair". Just over a week in, Tang was released.

She filed a lawsuit over her sentence, which was rejected, and has now submitted an appeal which a court said at the weekend will be heard --although she considers victory a "remote possibility".

But the risk of further punishment does not dissuade her, she said.

"If I thought about such things, then there are things I would not dare do. And if you don't dare do some things, then those people will never get what they deserve."