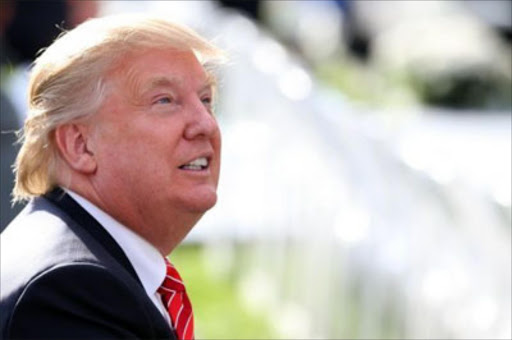 Donald Trump is withdrawing his lawsuit against television host and comedian Bill Maher seeking $5 million (3.3 million pounds) that Maher said he would give to charity, in a seemingly facetious offer, if Trump could prove he was not the son of an orangutan.

The lawsuit stems from comments Maher made during an appearance on NBC's "The Tonight Show" in January in which he said an orangutan's fur was the only thing in nature that matches the shade of Trump's trademark hair.

Records in Los Angeles Superior Court show the real estate mogul requested the lawsuit be dismissed without prejudice on Friday, eight weeks after he filed it. His spokesman, Michael Cohen, said Trump plans to file an amended lawsuit sometime in the future.

Cohen declined to offer further details, including a reason for the withdrawal.

Maher offered a $5 million donation to the charity of Trump's choice - "Hair Club for Men," he suggested - if Trump produced a birth certificate that proved he was not half-ape. A Maher spokeswoman did not respond to a request for comment on Tuesday.

Last year, during the presidential campaign, Trump offered to give $5 million to charity if Democratic President Barack Obama would release his college records.

Trump, who briefly considered a White House run, had previously questioned Obama's citizenship and boasted that his scepticism prompted the president to release his so-called "long-form" birth certificate.

In a letter to Maher before filing the lawsuit, Trump's lawyer wrote, "Attached hereto is a copy of Mr. Trump's birth certificate, demonstrating that he is the son of Fred Trump, not an orangutan."

Legal experts said Trump was unlikely to succeed in his lawsuit because Maher's offer was obviously a joke, and courts rarely enforce verbal contracts that are clearly satirical in nature.

In an appearance on Fox News after the lawsuit was filed, Trump said he was convinced that Maher was not joking.