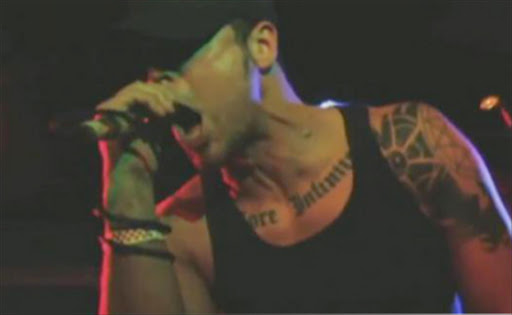 A New York police officer was charged on Tuesday with mail fraud for allegedly claiming disability benefits for two years while at the same time performing and touring with his heavy metal band, "Cousin Sleaze," according to court documents.

Christopher Inserra, an officer with the Port Authority of New York and New Jersey, was the lead singer with the Brooklyn band, whose "Sick Maniacs" album features such songs as "Infection" and "Walk of Shame," according to an affidavit filed in U.S. District Court in Brooklyn.

Inserra, 31, of Brooklyn was charged with mail fraud in connection with a scheme to defraud the American Family Life Assurance Company of New York (AFLAC) out of $30,416 (20,064 pounds) in disability payments.

He claimed he was out sick with a work-related injury from June 2010 until March 2012, filing for disability while continuing to collect his $90,000 annual salary, according to court documents.

The officer claimed he hurt his right arm, causing excruciating pain and loss of mobility, while transporting a Port Authority contractor to a hospital, according to the documents.

Those two years were filled with visits to doctors as well as performance dates for his band "Cousin Sleaze" in northeast bars and on a "Miles of Mayhem" tour through the mid-Atlantic and Southeast, said U.S. Postal Inspector John McDermott in a signed affidavit filed in court.

Video footage of "Cousin Sleaze" performances posted to Facebook, Youtube and other websites show the muscular lead singer in a tank top showing off well-toned arms gripping a microphone and slashing the air, McDermott said.

The inspector saw Inserra on stage "flailing both of his arms in a rapid back and forth fashion," pumping away to the beat, and also "repeatedly and violently flailing his right arm in an up and down fashion from above his head to slightly above the ground level."

He said the "flailing of his right arm ... would be inconsistent with the degree of pain and discomfort that he complained of."

Inserra, who had served with the Port Authority for five years, was most recently assigned to the World Trade Centre Command in Manhattan, the complaint said.

After his initial court appearance, during which he did not enter a plea, he was released on a $25,000 personal recognizance bond, said U.S. Attorney Robert Nardoza.

Inserra was suspended without pay pending resolution of his case, said Michael Nestor, director of the Office of Investigations overseeing the Port Authority.