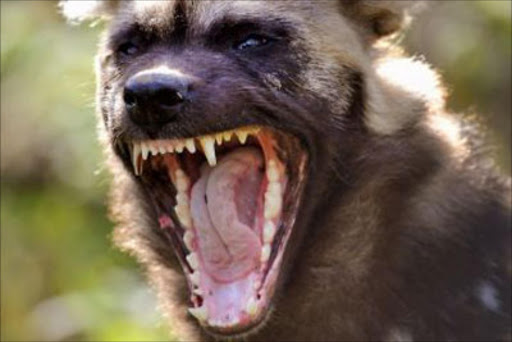 Wild dogs mauled and killed four people whose bodies were found over the past two weeks in a park on the edge of Mexico City, authorities confirmed.

In one case, a teenage girl frantically called her sister with her cellphone to plead for help as the attack took place.

Neighbors of the Cerro de la Estrella, a partly wooded, hilltop park surrounded by the city’s poor and populous Iztapalapa district, first found the bodies of a 26-year-old woman and a 1-year-old child in the area on Dec. 29, authorities in Mexico’s capital said.

The woman, Shunashi Mendoza, was missing her left arm, and prosecutors said that both she and the boy had bled to death and been partially eaten.

Then on Friday visitors to the same park found the bodies of a teenage couple who had also bled to death.

“Experts have established that due to the gravity of the wounds, at least 10 dogs were involved in each attack,” Mexico City prosecutors said in a statement.

In the second attack, Alejandra Ruiz, 15, and her boyfriend Samuel Martinez, 16, had gone to the park Friday afternoon.

The girl called her sister Diana Ruiz at around 7 p.m. pleading for help.

“Several dogs are attacking us, help me!” the girl screamed. The call then stopped.

“What kind of dog can tear the skin from your whole arm and leave just bone and if it was an attack dog why didn’t it attack her neck?” Ruiz asked. “What’s most shocking is that one of her breasts was mutilated.”  She said she later visited the place of the attack and saw no pools of blood. “There needs to be a thorough investigation,” she added.

Mexico City Public Safety Secretary Jesus Rodriguez warned against visiting the park and said all the dogs in the area will be trapped and checked to see if they were involved.

At least 100 police officers were scouring the park in search of wild dogs. They had trapped 25 by Monday night, including 10 females, eight males and seven puppies. The dogs had been living in caves and crevices in the park, prosecutors said.

Experts are testing the dogs’ hair for traces of human blood and will also test their stomach contents. Authorities did not say what they would do with the animals.

Local newspapers published photos of the dogs. Several looked like domestic pets, suggesting the dogs were abandoned animals or their offspring who had formed a pack or packs in the hilltop park.

Iztapalapa is a massive and poor district on the eastern outskirts of Mexico City, and stray dogs roam many of its streets.

Hundreds of thousands of spectators gather each Holy week in the Cerro de la Estrella park to watch a reenactment of the mock crucifixion of Christ.

Mexico City’s famed Chapultepec Park, in the city’s center, also has feral dogs living in wooded areas and there have been reports of minor attacks on human, but none fatal.

In that case, animal rights activists have urged authorities not to kill the dogs, instead spaying them and either leaving them in the park or finding them homes.