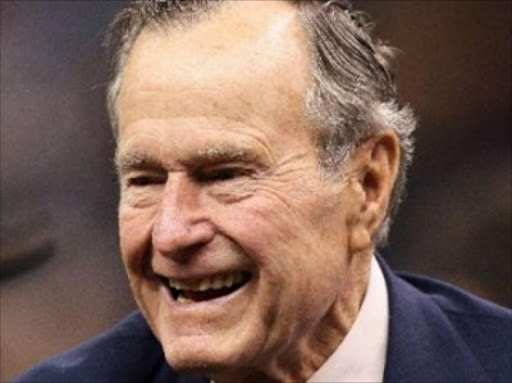 Former U.S. President George H.W. Bush was in a Texas hospital Thursday for continuing treatment of a lingering cough.

Bush, 88, has been in and out of the hospital recently for complications resulting from bronchitis, Methodist Hospital said in a brief statement.

The hospital and Bush spokesman Jim McGrath described Bush as in stable condition and said they expected him to be released by the weekend. He's been under hospital care for nearly a week.

"If you asked him today, he would tell you he feels good enough to get out this afternoon," McGrath said. "But the doctors have a different view. He's 88, and they're being extra careful, and understandably so."

The illness was described as not life-threatening.

"Any time someone the president's age had bronchitis, there's concern about possible pneumonia," Dr. Amy Myunderse, who is in charge of Bush's care, told the Houston Chronicle. "Mr. Bush's condition never progressed to that level."

Bush was treated with antibiotics and steroids, she said.

"This cough has kind of been building on itself since roughly the beginning of the month," he said. "He was hospitalized earlier in the month for a little over a week. They thought they had successfully contained the bronchial issues but they hadn't.

McGrath said physicians want the cough to go away completely before Bush is discharged.

"They don't want to put him through this again," McGrath said.

The elder Bush was vice president under Ronald Reagan from 1980 to 1988, when he was elected president. He lost his re-election bid to Bill Clinton four years later.

Bush and his wife, Barbara, now make their winter home in Houston.

Bush has a form of Parkinson's disease that has forced him to use a wheelchair or motorized scooter to get around.