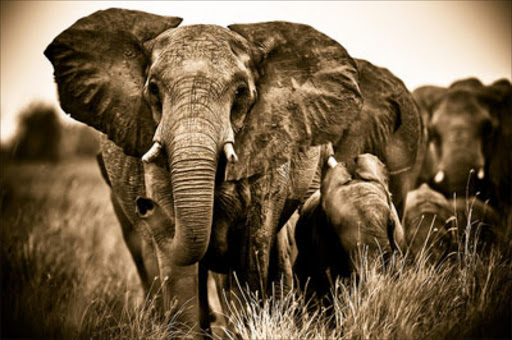 Animal rights group PETA offered a $1,000 reward for information on the killing of three critically-endangered Sumatran elephants near palm oil plantations in Indonesia.

The carcasses of three female elephants, including a year-old calf, were found rotting at the weekend in the jungle on Sumatra island outside the Tesso Nilo National Park, which is surrounded by palm oil plantations.

Park chief Kupin Simbolon said Monday the elephants had likely been poisoned in revenge after plantation workers' huts were destroyed in a recent stampede.

The People for the Ethical Treatment of Animals offered the reward for information "leading to the arrest and conviction" of the killers.

"These cowardly killers need to be caught and prosecuted to the fullest extent of the law," PETA Asia vice president Jason Baker said in a statement.

"If poisoned, these elephants endured a slow and agonising death."

At least 17 elephants have died this year at the park and surrounding districts, mostly from suspected poisoning, Simbolon said, adding that his team was working with police to hunt down the perpetrators in the latest case.

Fewer than 3,000 Sumatran elephants remain in the wild, according to the International Union for the Conservation of Nature, a 50 percent drop in numbers since 1985.

There has been a spate of elephant and orangutan killings this year around forests converted to palm oil plantations in Indonesia, the world's biggest producer of the edible oil.

The International Union for Conservation of Nature updated the Sumatran elephant's status from "endangered" to "critically endangered" in January, largely due to severe habitat loss caused by plantations.

The category is one step short of "extinct in the wild" and two below "extinct".