From pot to gay marriages, US voters have lots to decide 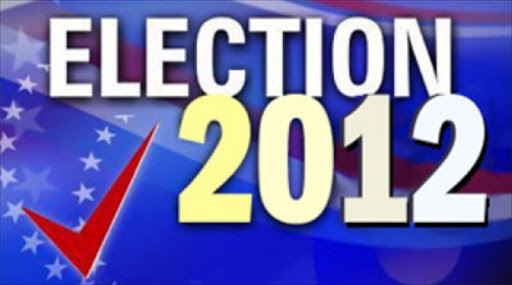 From legalizing marijuana and gay marriage to wiping outdated segregation laws off Alabama's state constitution, US voters have a lot more to decide next week than simply picking the next president.

Here is a list of some of the 172 ballot measures that voters in certain states will be asked to weigh in on November 6:

Gay marriage has long been a hot-button issue in the United States. But this year is the first time some voters will be asked if they want to approve, rather than ban, legal recognition of same-sex marriage.

Voters in Maine are expected to approve a referendum seeking to legalize same-sex marriage.

Voters in three states -- Colorado, Oregon and Washington -- will be asked if recreational use of marijuana should be decriminalized. Three other states -- Arkansas, Montana and Massachusetts -- will vote on allowing its use for medicinal purposes.

If California voters choose to require warning labels on foods that contain genetically modified ingredients, consumers across the nation will likely start seeing similar notices. While most Americans don't share Europeans' mistrust of genetically modified food, the labels could be sufficiently off-putting to enough people to push food manufacturers to use non-modified ingredients.

Five states -- including the key battleground of Florida -- will be voting on measures to undermine President Barack Obama's landmark health care reform. Since federal law typically trumps local state laws, the impact will likely be limited to driving some conservative voters to the polls.

Voters in Florida will be asked to weigh in on a plan to ban state funds from being used not only for abortions, but also for any health insurance plans which cover the service. Montana voters will be asked to ban doctors from performing an abortion for girls under the age of 16 without notifying their parents or guardian 48 hours earlier.

Union members, who tend to support Democrats, are expected to turn out in Michigan to support an initiative to make collective bargaining a constitutionally guaranteed right. California voters will consider an initiative to restrict union political activity by prohibiting them from contributing to candidates or using dues deducted from paychecks for political purposes.

RIGHT TO HUNT AND FISH

The right to hunt and fish will be on the ballots of three states --Idaho, Kentucky and Nebraska -- ostensibly out of concern that animal rights activists could try to ban the activity. North Dakotans will consider measures to protect "modern" farming practices and animal cruelty laws which won't apply to farmers, hunters or scientific researchers.

Democrats in battleground Ohio are hoping to use a ballot measure aimed at establishing an independent commission to redraw legislative maps so as to regain some of the districts lost in a plan passed by the Republican-led legislature.

CLEANING UP THE CONSTITUTION

Alabama's effort to remove outdated references to segregated schools and repeal a no-longer-enforced poll tax are due in part to a quirk of state law which requires a referendum for any changes to its lengthy constitution. It could also serve to boost turnout among African-Americans, who tend to vote for Democrats.