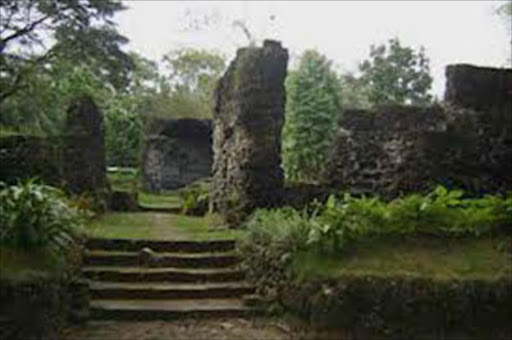 Archeologists have unearthed remnants of what they believe is a 1,000-year-old village on a jungle-covered mountaintop in the Philippines with limestone coffins of a type never before found in this Southeast Asian nation.

National Museum official Eusebio Dizon said the village on Mount Kamhantik, near Mulanay town in Quezon province, could be at least 1,000 years old based on U.S. carbon dating tests done on a human tooth found in one of 15 limestone graves he and other archeologists have dug out since last year.

The discovery of the rectangular tombs, which were carved into limestone outcrops jutting from the forest ground, is important because it is the first indication that Filipinos at that time practiced a more advanced burial ritual than previously thought and that they used metal tools to carve the coffins.

Past archaeological discoveries have shown Filipinos of that era used wooden coffins in the country's mountainous north and earthen coffins and jars elsewhere, according to Dizon, who has done extensive archaeological work in the Philippines and several other countries over the past 35 years.

Aside from the tombs, archeologists have found thousands of shards of earthen jars, metal objects and bone fragments of humans, monkeys, wild pigs and other animals in the tombs. The limestone outcrops had round holes where wooden posts of houses or sheds may have once stood, Dizon told The Associated Press in an exclusive interview.

The tombs were similar to ancient sarcophagus, which have become popular tourist attractions in Egypt and Europe, although the ones found in Mulanay were simple box-like limestone coffins without mythological or elaborate human images on the tops and sides.

Archeologists have only worked on a small portion of a five-hectare (12-acre) forest area, where Mulanay officials said more artifacts and limestone coffins could be buried.

A preliminary National Museum report said its top archeologists found "a complex archaeological site with both habitation and burial remains from the period of approximately 10th to the 14th century ... the first of its kind in the Philippines having carved limestone tombs."

The discovery has been welcomed with excitement in Mulanay, a sleepy coastal town of 50,000 people in an impoverished mountainous region that until recently was best known as a major battleground between army troops and Marxist rebels.

"Before, if you mention this region, people will say 'Oh, that's NPA country,'" Mulanay Mayor Joselito Ojeda said, referring to the New People's Army rebels. "But that era is past and now we can erase that image and this archaeological site will be a big help."

Mulanay tourism officer Sanny Cortez said that after archeologists have finished their work in a few years, his town plans to turn Mount Kamhantik's peak into an archaeological and eco-tourism park. A museum would also be built nearby.

The archaeological site is part of 280 hectares (692 acres) of forest land that was declared a government-protected area in 1998 to keep away treasure hunters and slash-and-burn farmers. Treasure hunters looking for gold exposed some of the limestone tombs years ago, but it was only last year that Manila-based archeologists were notified and started to unearth more graves and artifacts and began to understand the significance of the find.