Home-schooling gains traction among US families 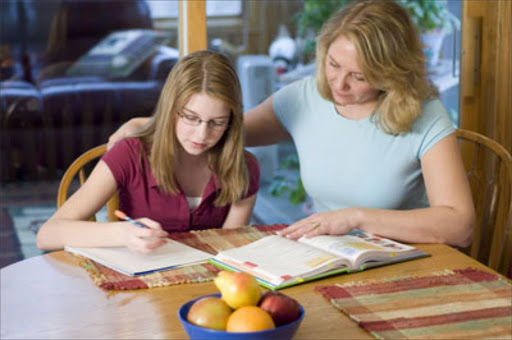 For a small but growing number of young Americans, the living room is the classroom when it comes to the "three R's" of reading, 'riting and 'rithmetic.

Home-schooling is growing in the United States, as parents who question the ability of conventional teaching to properly educate their children take matters into their own hands -- with help from the Internet.

The Department of Education estimates that 1.5 million children aged five through 17, or 2.9 percent of all American youngsters, were home-schooled in 2007, the most recent year for which figures are available.

The National Home Education Research Institute, which conducts ongoing research into home-schooling, puts its own estimate of home-schooled children at 2.2 million in 2010.

Childhood education is mandatory throughout the US, but rules vary between the 50 states -- all of which permit home-schooling, but half of which have no regulations over how parents teach their kids.

Sarah Tiller, a scientist and mother of eight who lives in Washington, embraced home-schooling four years ago, starting by helping her eldest child with mathematics.

"I chose to teach them myself so that they would have a strong foundation in math and a knowledge of history from prehistoric to modern times," she said.

"I also wanted them to become independent thinkers and pursue subjects they were very interested in," added Tiller, whose husband is a surgeon.

School at the Tillers starts in the morning with math "every day" plus history, Latin and Italian. In the afternoon, the older children do exercises or projects.

Fourteen-year-old Katherine Tiller said she appreciates the "one-on-one" nature of home-schooling, while sister Helena, a year younger, values "lots of time for reading."

Home-schooling was commonplace in the early days of the US, when pioneer families had few other options in remote places without schools.

In its modern incarnation, however, home-schooling took hold in the 1970s among two very different groups of people, said Milton Gaither, a professor of education at Messiah College in Grantham, Pennsylvania.

"It started among left-leaning young people influenced by the counterculture of the 1960s," said Gaither, who blogs about home-schooling at gaither.wordpress.com, in an email exchange with AFP.

He said home-schoolers rejected what they took to be the "deadening industrialization" of formal schooling and opted instead for a "more natural, more organic" approach.

"A little later, some very conservative religious groups turned to home-schooling as part of a rejection of the perceived secularization of public schools and the expense of private schools."

In both of those contexts, Gaither said, home-schooling capitalizes on "a significant tradition of anti-government sentiment" going back to the founding of the republic in the 18th century.

New technology, particularly the Internet, has propelled the trend forward by making it easier for parents to swap ideas and build a curriculum that costs little if anything, Gaither said.

Christopher Lubienski, an expert in alternative education at the University of Illinois, said there have always been Americans unhappy with public education for theological or cultural reasons.

And he estimated that two-thirds of children are home-schooled for religious or moral reasons.

"Some of the families I know, they see it like a mandate from God that they need to take control of their own children's education," he said.

Other motivating factors, according to a Department of Education report, include fear of drugs, violence or sub-standard teaching in public schools, and more practical considerations such as travel time, distance and cost.

The majority of home-schooled students belong to families of three or more children, with both parents -- white, educated and middle class -- living with them under the same roof.

While advocates of home-schooling insist their children benefit, Lubienski said that's impossible to know, given how other variables associated with successful learning -- such as growing up in a household with two parents interested in education -- are equally important.

Christina, a mother in the Washington area who asked for her family name not to be used, said she prefers "unschooling" for her seven children.

"I want independent children with their own ideas and their own centers of interest," she said, so instead of class schedules they get museum visits, lectures and personal projects.

"Children learn 24 hours a day," said Christina, an American who was raised in France and who bitterly remembers the "could do better" notations on her own school report cards.

In France, she said, "you're never told you've done well, while in the United States your child is always wonderful. There has to be a happy medium."