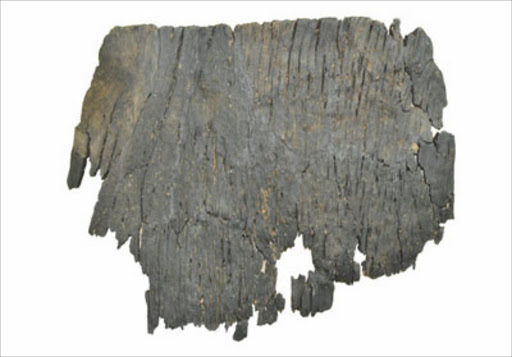 Archaeologists in Uljin, South Korea, have found the remains of a fishing boat that they believe may be 8,000 years old, a local research institute said.

The boat remains are probably the oldest of their kind ever to be discovered, the Samhan Institute for Cultural Properties said.

The institute published, amongst other things, undated images of a piece of wood, apparently part of the Neolithic fishing boat.

"We were able to identify exactly what these artefacts were, when we treated them for conservation," the institute's director Kim Ku Geun told the national news agency Yonhap.

The shape of the boat fragment and an oar were initially hard to make out, as they were found as a clump of earth at the discovery site.

The small boat fragment was made of camphor wood. The oar is made of oak.

The remains were first dug up under almost two meters of earth seven years ago during archaeological excavations.

According to reports, they were found in the fourth layer of occupation, indicating that they dated from the Neolithic period.

Archaeologists dug up a total of 5 layers, containing remains including ceramic objects and bone fish hooks.