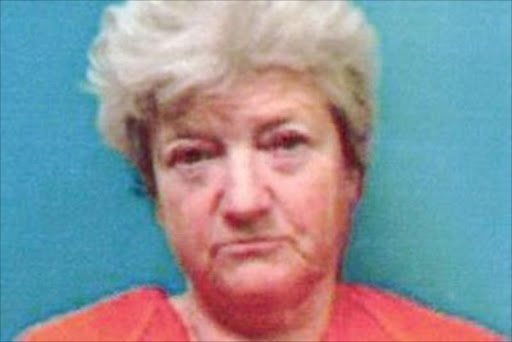 Attorneys for an elderly German woman accused of drowning her 5-year-old grandson in the bathtub of a Florida beach house say she suffered from depression and was legally insane in part from injuries brought on by a World War II bombing raid.

Marianne Bordt, 73, faces a possible death sentence if convicted of first-degree murder in the January 2010 death of Camden Hiers. Such a possible outcome is believed unlikely given her age, lack of a prior record and other factors. But the case has drawn attention in Germany, a nation without a death penalty.

A hearing in the case is scheduled Friday and one possible outcome is a settlement without trial.

Opposing any settlement is Bordt's former son-in-law and the boy's father, David Hiers, 53. The computer software engineer said a trial is the only way he will learn what happened to his only child and why.

"Of course, it's irrational," Hiers told The Associated Press by telephone. "It's impossible to explain it."

He recalled the call he received in 2010 from a sheriff's deputy on St. George Island in the Florida Panhandle informing him of the death. He said he sat on the floor weeping uncontrollably and shouting "No, God, no. Why my little boy?" Camden loved to play with toy cars and trucks he'd arrange in perfect line and was adept at creating his own play "worlds" from toy buildings, people and animals.

Hiers and Bordt's daughter, Karin, divorced when their son was a year-and-a-half old. He doesn't accept the defense's insanity explanation, saying Bordt never showed signs of mental illness when he knew her. He also said he never distrusted the woman beforehand.

Hiers met his ex-wife while working temporarily in Germany. After their divorce, she had primary custody of their son while he had visitation rights. They last spoke shortly after their son's funeral. She did not return telephone messages.

Camden died in a beach house on St. George Island near Apalachicola in the Florida Panhandle region famed for its tourist-friendly white sands and oyster fishing fleets.

Heinz and Marianne Bordt, residents of Nufringen, Germany, had taken their grandson for a beach vacation there during their annual three-month visit with their daughter. Camden's grandfather went grocery shopping on Jan. 4, 2010, and returned to the beach house to find his wife soaking wet from the neck down and wearing a red jacket and long underwear, according to authorities.

He told a sheriff's deputy that she said she had drowned Camden so he wouldn't "grow up in a divorced home," according to a probable cause complaint. The husband also said she told him she tried to drown herself in the Gulf of Mexico.

Bordt's trial, though, is on hold as prosecutors prepare a rebuttal to one of the mental health experts - a psychologist added to the defense witness list just days before jury selection was to start July 30.

Defense attorneys say Bordt was suffering from a combination of mental infirmities, diseases and defects when the crimes were committed. They said she had massive depression and a disorder that "destroyed her ability to discriminate between reality and delusion."

They also say that when she was 5, Bordt suffered a skull fracture and saw her father killed in a Soviet air raid on Breslau, Germany, in 1944. That city is now Wroclaw, Poland. She suffered from post-traumatic stress disorder and memory problems as a result of the bombing and other war and early life experiences, the defense contends.

An insanity verdict or plea agreement would send her to a state hospital where she's been held since shortly after her arrest.

Bordt initially was found incompetent to stand trial. After Bordt was treated with anti-psychotic, antidepressant and anti-anxiety drugs, Circuit Judge Angela Dempsey ruled she had become competent. Dempsey, though, allowed her to remain at the hospital to ensure she would continue to receive her medications.

Prosecutors cite several aggravating factors for a possible death sentence, alleging Camden's slaying was "cold, calculated and premeditated" and "especially heinous, atrocious or cruel." They also said the boy was particularly vulnerable because of his age.

Eva Alexandra Countess Kendeffy, the German counsel general in Miami, plans to attend any trial. She has met with Florida Gov. Rick Scott to express Germany's opposition to the death penalty. She also said Germany does hire lawyers for its citizens facing possible death sentences but that's not necessary in Bordt's case because she's being represented at state expense.

Assistant Public Defender Andy Thomas said seeking the death penalty for a mentally ill 73-year-old woman is particularly beyond comprehension for many in Germany.

"German culture as a whole doesn't understand the United States and Florida in particular" on death penalty issues, he said.

Thomas said the state is using the death penalty as leverage in plea negotiations and for tactical advantage should the case goes to trial.

For his part, Hiers said he doesn't think Marianne Bordt would get a death sentence if convicted. But he hopes she remains in custody a long time. "It just seems kind of crazy to talk about putting someone of her age to death," Hiers said, noting death appeals often can take decades. "I would rather her have the rest of her life to think about what she's done."