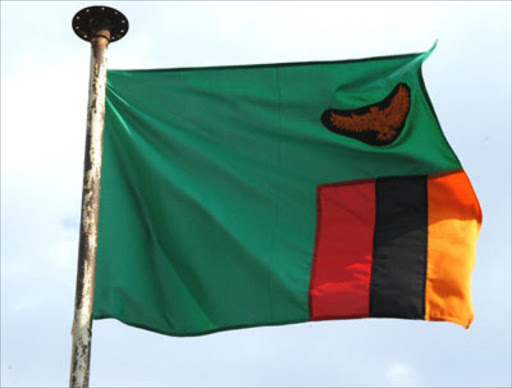 The killing of a Chinese mine boss last weekend has left Zambian President Michael Sata's government rushing to reassure foreign investors on their safety, while trying also to improve conditions for workers.

Wu Shengzai, 50, was killed Saturday when workers crushed him with a trolley as he tried to flee underground to escape a wage riot at Collum Coal Mine in southern Zambia, in the most dramatic clash yet between Chinese managers and their local employees.

"As government we assure the Chinese community at Collum coal mine and investors at large, that Zambia is safe for them and their investment," government spokesman Kennedy Sakeni said.

"The government deeply regrets the death of a Chinese supervisor who died during a workers protest over wages," he added.

Twelve people were quickly arrested. One miner was charged with murder on Wednesday, while the others were slapped with lesser charges of theft and riotous behaviour.

"There won't be any sacred cows, and those that would be found wanting will face the wrath of the law," Labour Minister Fackson Shamenda told AFP.

When Sata was an opposition leader, he railed against the growing Chinese presence in Zambia. Since winning elections last year, he has softened his tone on China but still promised to improve working conditions in a country where about 60 percent of the population lives on less than $1.25 a day.

That is what he aimed to do when his government last month unveiled new minimum wages that doubled the basic salaries for many types of work.

Mineworker salaries are governed by a separate agreement negotiated by unions, but not all Collum employees are covered by the deal.

Some complain that they earn as little as $173 a month. The riot began when they received their paychecks for July, seeing that they now earn less than the new minimum wage for shopkeepers of $227.

China is the largest foreign investor in Zambia, Africa's biggest copper producer and a supplier of coal and other minerals.

Beijing poured an estimated $6.1 billion between 2007 and 2011 into a country whose gross domestic product this year is estimated at just $20 billion.

But Chinese firms have a notorious reputation as employers.

A report by Human Rights Watch last year found that Chinese firms ignore labour protections, demanding up to 18 hours of labour a day and flout health and safety rules.

But Wu's killing still shocked a nation that prides itself on its history of peace and a series of democratic transitions over the last two decades.

"This is sad and un-Zambian. We are known to be peaceful people and the death of the investor is likely to tarnish our good image," said Lazarus Daka, a shopkeeper in a Chinese-run shop.

He works in Lusaka's Kamwala commercial district, an area where red Chinese laterns dot sidewalks and where Zambians come seeking bargains on clothing, toys and other goods.

Business in Kamwala has run largely as normal, but Zambia's Post newspaper said that at Collum mine, the large Chinese community has barricaded themselves inside their homes for fear of more violence.

Party leader Hakainde Hichilema said the surprise announcement of new wages had created enormous expectations among workers, while leaving employers little time to comply with a doubling of basic salaries. The resulting tensions, he said, were inevitable.

"The government is certainly to blame for the death of the Chinese, and if not careful this tag of being a peaceful country for foreign investors will soon go," Hichilema told AFP.