China braces for record third typhoon in a week 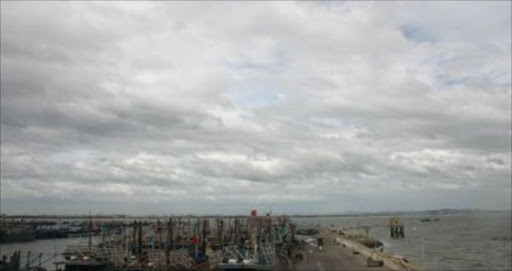 China braced for a record third typhoon in a week after two powerful storms smashed into its eastern coast over the weekend leaving at least 14 people dead and large areas under water.

Over 1.24 million people were evacuated from areas in seven provinces and five people were missing after Typhoons Saola and Damrey drenched the coastline from Friday, state press said in initial damage reports.

"We are still dealing with the impact of Typhoons Saola and Damrey and now Typhoon Haikui is heading towards us," Minister of Water Resources Chen Lei said in a statement.

"Within seven days our nation may be hit successively by three typhoons, the first time such circumstances have arisen since records have been taken."

Chen issued an emergency warning to people in the eastern Zhejiang province to brace for the arrival of Haikui on Tuesday, with the storm expected to dump up to 70 centimetres (28 inches) of rain in some areas.

Haikui may get stronger as it approaches the coast, Chen said in statements posted on his ministry's website, as he ordered areas adjacent to Zhejiang, including Shanghai and Jiangsu province, to step up precautions.

At least nine people were confirmed dead and four missing after Damrey tore through the northeastern Liaoning province, with the toll likely to rise, the provincial government said.

State television showed swollen rivers and flooded towns and villages as rescue workers scrambled in downpours to evacuate those stranded.

According to the state Xinhua news agency, rescuers were racing to save about 350 construction workers trapped in a railway tunnel.

"Damrey was the strongest typhoon to hit our nation north of the Yangtze river since 1949," Chen said.

Saola left five people dead and one missing as it inundated parts of Zhejiang and Fujian provinces, according to preliminary damage reports.

China is routinely ravaged by summertime typhoons, which normally wreak havoc in regions along the central Yangtze river and in the south.

Last month, the biggest rainstorms to hit Beijing in 60 years left 79 people dead, the capital gridlocked with roads flooded and airplanes unable to land or take off.