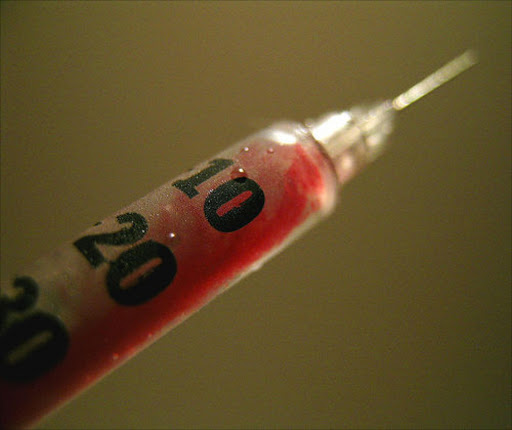 A Texas man convicted of carjacking and fatally shooting a stockbroker was put to death becoming the first prisoner in America's most active capital punishment state to be executed under a procedure using one lethal drug instead of three.

Texas Department of Criminal Justice officials announced last week they were modifying the three-drug injection method used since 1982 because the state's supply of one of the drugs - the muscle relaxant pancuronium bromide - has expired. Yokamon Hearn, 33, was executed using a single dose of the sedative pentobarbital, which had been part of the three-drug mixture since last year.

Ohio, Arizona, Idaho and Washington have already adopted a single-drug procedure, and this week Georgia said it would do so, too.

Hearn showed no apparent unusual reaction to the drug as his execution began. He was pronounced dead about 25 minutes after the lethal dose began flowing.

Asked by the warden if he wanted to make a statement, he said: "I'd like to tell my family that I love y'all and I wish y'all well. I'm ready."

Hearn was condemned for the March 1998 slaying of 23-year-old suburban Dallas stockbroker Frank Meziere. About 3½ hours before Hearn was put to death, the U.S. Supreme Court rejected his appeals to halt the execution. None of the appeals addressed the change in the state's execution drug policy.

Evidence showed Meziere, of Plano, was cleaning his black convertible Mustang at a self-service car wash in Dallas when Hearn, then 19, and his friends approached. They forced Meziere at gunpoint into his own car and drove him to an industrial area in a south Dallas neighborhood, where he was shot 10 times in the head.

Meziere's father, brother and uncle were among those who witnessed Hearn's lethal injection.

"We did not come today to view this execution for revenge or to even the score," the family said afterward in a statement. "What this does is give our family and friends the knowledge that Mr. Hearn will not have the opportunity to hurt anyone else."

Hearn, known to his friends as "Yogi," already had a lengthy record that included burglary, robbery, assault, sexual assault and weapons possession.

In one appeal, Hearn's lawyers argued that his mother drank alcohol when she was pregnant, stunting his neurological development and leaving him with mental impairments that disqualify him from execution under earlier Supreme Court rulings. Testing shows Hearn's IQ is too high for him to be considered mentally impaired.

In another, his appeals lawyers claimed the trial attorneys who handled his initial appeals failed to investigate his background and uncover evidence of his alleged mental impairment and troubled childhood.

Before the Supreme Court issued brief one-paragraph rulings rejecting his two appeals, Richard Burr, one of Hearn's lawyers, had acknowledged "a degree of hope, but still, it'll be tough."

State attorneys contested the appeals, arguing that information about Hearn's background and upbringing had been "thoroughly investigated and addressed at trial" and that the evidence "does not substantiate any scenario other than that of Hearn's guilt."

Georgette Oden, an assistant Texas attorney general, argued Hearn's latest appeal was improperly filed this week by circumventing lower courts and that it should have been filed years ago.

Hearn declined to speak with reporters in the weeks leading up to his execution. In 2004, he avoided the death chamber when a federal court agreed his mental impairment claims should be reviewed and halted his execution less than an hour before its scheduled time.

Jason January, the former Dallas County assistant district attorney who prosecuted Hearn for capital murder, said to stop the punishment because of fetal alcohol syndrome "would be a free pass for anyone whose parents drank."

One of Hearn's accomplices received life in prison. Two others got 10-year sentences.

Hearn became the sixth Texas prisoner executed this year and the 483rd since 1982. At least eight other Texas prisoners have execution dates in the coming months, including three in August.