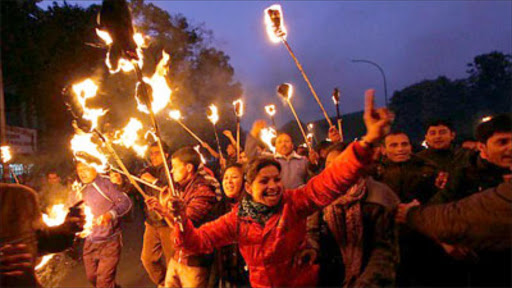 Villagers in the eastern Indian state of Jharkhand killed a man and his two teenaged sons, accusing them of practising witchcraft, police said.

The three were hacked to death by a mob in the village of Kherra-Dipatoli in southern Jharkhand, around 100 kilometres (60 miles) from the state capital Raipur, district police chief Jatin Narwal told AFP by phone.

Police are investigating the incident, but no arrests have yet been made, Narwal said.