Student recalls hallucinations after being left in cell for 4 days 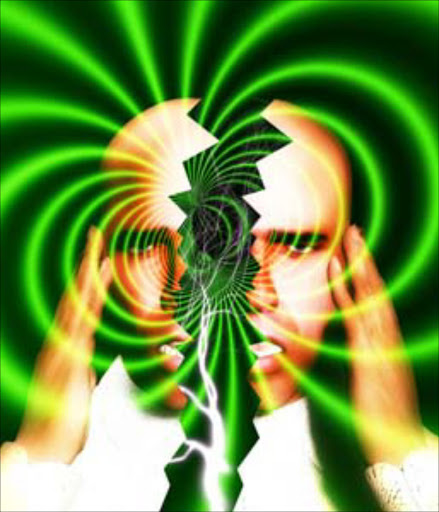 A college student picked up in a federal drug sweep in California was never arrested, never charged and should have been released. Instead, authorities say, he was forgotten in a holding cell for four days.

Without food, water or access to a toilet, Daniel Chong had to drink his own urine to survive and began hallucinating on the third day.

He told The Associated Press in an interview Wednesday that he saw little Japanese-style cartoon characters that told him to dig into the walls to find water. Chong ripped apart the plastic lining on the walls.

"I ripped the walls and waited for the room to flood for some reason," said the 23-year-old University of California, San Diego, student, three days after he left the hospital where he was treated for dehydration and kidney failure. "I can't explain my hallucinations too well because none of them make sense."

Later he added, "I felt like I was completely losing my mind."

Four days later, agents opened the door on a fluke and found him covered in his own feces, he said.

The top Drug Enforcement Administration agent in San Diego apologized Wednesday for Chong's treatment and promised an investigation into how his agents could have forgotten about him.

Chong's lawyer, Eugene Iredale, said he intends to seek damages from the DEA and may file a lawsuit against the government.

"He nearly died," Iredale said. "If he had been there another 12 to 24 hours, he probably would have died."

The incident stands out as one of the worst cases of its kind, said Thomas Beauclair, deputy director of the National Corrections Institute, a federal agency that provides training and technical assistance to corrections agencies.

"That is pretty much unheard of," he said, noting that, in his 40-year career, he has heard of instances where people were forgotten overnight but not for days.

The U-T San Diego was the first to report Chong's account.

Chong told the AP that he went to his friend's house April 20 to get high. Every April 20, pot smokers light up in a counterculture ritual held around the country at 4:20 p.m.

Chong fell asleep and, around 10:50 a.m. the next day, agents stormed into the house as Chong said he was rolling another joint at the kitchen table. The raid netted 18,000 ecstasy pills, other drugs and weapons. Nine people, including Chong, were taken into custody, according to the DEA.

Chong was moved from cell to cell for several hours and then questioned. He said agents then told him that he would be released shortly. He signed some paperwork, was put in handcuffs and sent back to the holding cell, a 5-by-10-foot (3-meter) windowless room. The room is one of five cells at the facility.

The only view in was through a tiny peephole in the door. He said he could hear the muffled voices of agents and a toilet flushing. As the hours dragged into days, he said he kicked and screamed as loud as he could. At one point, he ripped a piece of his jacket off and shoved it under the door, hoping someone would spot it and free him.

The next day, Chong said his hallucinations started. Dr. Wally Ghurabi at UCLA Medical Center in Santa Monica said dehydration could have brought on the altered state of mind, and the methamphetamine could have made that dehydration worse.

Chong said he urinated on the cell's only furniture - a metal bench - to be able to drink the fluid. He stacked a blanket, his pants and shoes on top of the bench to try to climb up and trigger a fire sprinkler on the ceiling, but his repeated attempts failed.

After the days dragged on, Chong said he accepted the fact that he would die and started thinking about taking his own life rather than enduring withering away by dehydration. He bit into his eyeglasses to break them and then tried to use a shard to scratch "Sorry Mom" into his arm. He stopped after the "S," too weak to continue.

He said he wanted to leave his mother some message and that was the shortest one he could think of to write.

Then the lights went out. He sat and scooted along the floor, bound in darkness. He said he screamed for agents to have mercy on him and just give him a quick death.

"My breath was getting shorter and shorter," he said. "I felt paralyzed. It was really hard to stand. I started screaming something ridiculous like, 'Remedy! Revive me!' And then that's when the lights turned on and the agents opened the door with very confused looks on their faces. They said, 'Who are you? Where'd you come from?'"

Paramedics took Chong to a hospital, where doctors also treated him for cramps, and a perforated esophagus from swallowing a glass shard. Chong, who weighed 166 pounds (75 kilograms) before the bust, said he lost 15 pounds (6.8 kilograms) during the ordeal.

Chong spent three days in intensive care and five total at the hospital before leaving Sunday.

Chong was not going to be charged with a crime and should have been released, said a law enforcement official who was briefed on the DEA case and spoke on the condition of anonymity because he wasn't authorized to speak about the ongoing investigation.

The top DEA agent in San Diego, William R. Sherman, said in a news release that he was "deeply troubled" by what happened to Chong. "I extend my deepest apologies (to) the young man," he said.

Sherman said the event is not indicative of the high standards to which he holds his employees. He said he has personally ordered an extensive review of his office's policies and procedures. The agency declined to say what those were.

Chong said no one has contacted him personally to apologize.