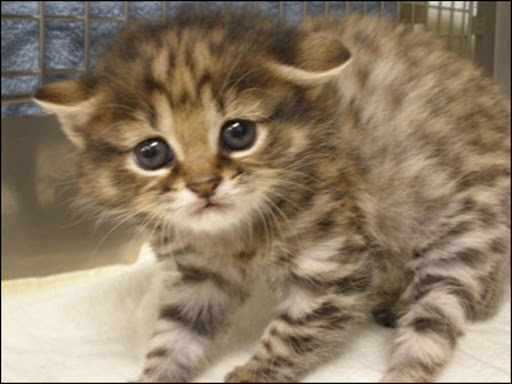 Several endangered black-footed cats have been born recently in the U.S. and researchers say Crystal's birth is the rarest - the first ever born from an embryo fertilized in a lab dish, frozen, and later implanted in a housecat's womb.

The black-footed cat is Africa's smallest wildcat and one of the world's smallest felines - smaller even than a domestic cat.

Earle Pope, interim director of the Audubon Center for Research of Endangered Species, says Crystal was born Feb. 6 at the New Orleans complex. He says Crystal is proof that embryos of this dwindling species can be successfully implanted into domestic cats.

Only an estimated 10,000 of these cats, which get their name from their distinctive black foot pads, still live in the wild in southern Africa.