He's not a terrorist, but Bin Laden inspired him 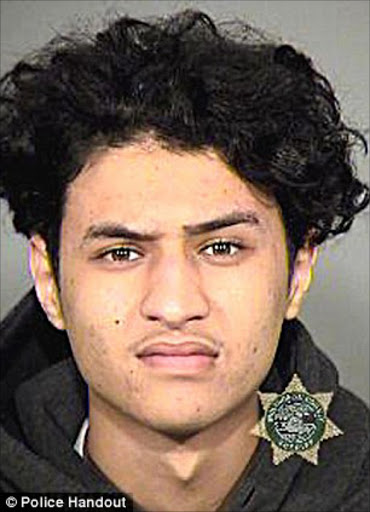 NOT THE REAL DEAL: Saudi Arabian teenager causes a ruckus on a plane and smashes into cop cars

A Saudi Arabian teenager who authorities say swung his fist at a flight attendant, tried to hit passengers and mentioned Osama bin Laden during a flight to Houston was indicted Wednesday on charges of interfering with a plane crew.

Police arrested 19-year-old Yazeed Mohammed A. Abunayyan at Portland International Airport after his Continental flight turned around and landed following the incident.

The indictment said a flight attendant asked Abunayyan to stop smoking an electronic cigarette, but he refused.

He’s also accused of yelling profanities and swinging his fist at the flight attendant, and also hitting or attempting to hit several passengers.

Abunayyan also spoke or sung about Osama bin Laden and his hatred of women, the indictment said.

Passenger Mark Foster told KGW-TV that he and others aboard the flight were prepared to take action.

“You could tell buckles were off,” he said. “People were already leaning toward the aisles.”

Asked whether the FBI considered Abunayyan a terrorism threat, spokeswoman Beth Anne Steele said the indictment was on interfering charges, not terrorism.

Ashland police believe Abunayyan is the same teenager who led police on a slow-speed chase in the Southern Oregon town on Sunday, ramming two police cars and nearly hitting a pedestrian.

He was accused of drunken driving and assaulting an officer and was released on bail Monday.

Abunayyan appeared in court Wednesday afternoon to hear the charges and was assigned an interpreter who translated the proceedings into Arabic.

His attorney, Phil Lewis, said in court that he needs more time to meet with Abunayyan before he enters a plea. “His English is not good enough,” Lewis said. “I’m unable to ascertain issues of competence.”