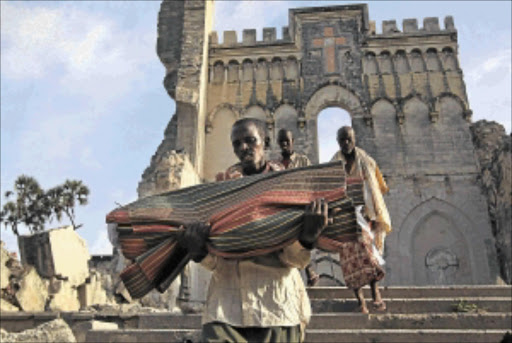 BAD STATE: Drought has put Somalians at risk of death.

GENEVA - The United Nations said yesterday it needed $7.7-billion (about R63-billion) in aid funding for 16 countries next year, with the biggest chunk to go towards helping victims in drought-devastated Horn of Africa.

Some $1.5-billion (about R12-billion) funds are destined for Somalia, where 250000 people are at risk of imminent death.

Kenya, which is also suffering from drought-induced crop failure, poor livestock conditions and rising food prices, would need $764-million (about R6.3-billion) next year.

The UN declared six regions in southern Somalia famine zones earlier this year, and although it said last month that three regions were no longer in the grip of famine, more than half of Somalia's 10 million people remain in dire need of help.

The appeal also covers Sudan and the fledgling South Sudan, where fighting has plagued the border regions.

Overall, the funds are to help some 51 million people. Other countries or districts included in the appeal include the Democratic Republic of Congo, Chad, Yemen, Afghanistan, the Occupied Palestinian territory, Zimbabwe, Haiti, Niger, Ivory Coast, Central African Republic, Djibouti and the Philippines' Mindanao.