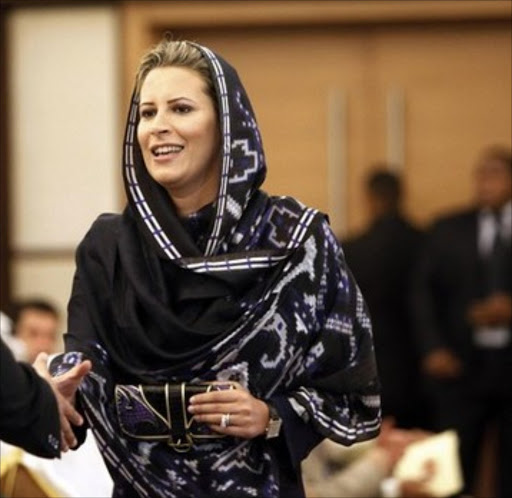 The homes of fallen Libyan strongman Muammar Gaddafi's children tell of the siblings' privileged and security-conscious lives but do not display the extravagance of ex-Iraqi dictator Saddam Hussein's sons.

"These are the homes of Gaddafi's sons," one rebel who gave his name as Marwan said, pointing to three seafront houses on the outskirts of the capital.

With a Kalashnikov slung over his shoulder, the grey-haired warrior in his 40s led the way into the first home: a simple wooden chalet with a terrace, sitting room, bar, a single bedroom with sea view and two bathrooms. It looks to be the perfect bachelor pad.

"This must be where Hannibal entertained his mistresses," Marwan said.

Among his brushes with the law overseas, Gaddafi's fourth son was at the centre of a 2008 diplomatic crisis between Libya and Switzerland when he was briefly detained along with his wife for alleged mistreatment of a helper.

Above the chalet stands a three-bedroom, green-roofed home that Marwan says belonged to Khamis Gaddafi, commander of the feared elite brigade of the Libyan military. The decor is Spartan.

The best-located of the three is a white villa kitted out with modern and expensive furnishings that the brothers are believed to have shared.

"I would have liked to live here. If we all had homes like this, we wouldn't have staged a revolution," armed, young rebel Mahmud, making himself comfortable in the sitting room, said.

Despite an official ban on alcohol in the Muslim state, several bottles of half-empty vodka and Dom Perignon champagne were left behind on a bar alongside a plate of salad that appeared to have been swiftly abandoned.

Below the house, facing the Mediterranean, a three-person jacuzzi has pride of place.

Located in the heart of Tripoli stands the sizeable home of Aisha. It was a Catholic-run hospital before being taken over to accommodate Gaddafi's daughter. Behind the metal gate riddled with bullet holes stand several buildings, including one for her security detail and another housing a giant covered swimming pool still filled with children's toys.

On the first floor of the home, the rebels rolled about laughing and flashing V-for-victory signs on the satin-sheeted bed. A suitcase filled with clothes had been discarded on the floor and the dressing table was still fully loaded.

"She had to move fast," one of the fighters said with a smile. "Now that that spoilt woman has gone, I hope this home will be turned back into a hospital."

On the seafront in the capital, Saadi Gaddafi, another of the siblings, had a chalet with a bullet-proof facade and a secret passage for a speedy getaway.

In the garage, he had racing cars and a mini-football pitch, befitting a man who loves the sport and who at one point had tried to buy a place to play with the Italian top-tier side Perugia.

But that was before the insurgents swept into town.

The home of Seif al-Islam, the most prominent of Gaddafi's sons and his presumed one-time heir apparent, remains inaccessible.

Muammar Gaddafi, himself a revolutionary who led a coup that overthrew the Libyan monarchy in 1969, despite his flamboyant dress sense and public declarations, spurned a palatial lifestyle, in contrast to Iraq's Saddam.

The "Brother Leader," who carried no official government title, received foreign leaders in a Bedouin tent in his sprawling and fortified Bab al-Aziziya compound, complete with bunkers and a network of tunnels.