Woes of the famous shine light on sex addiction 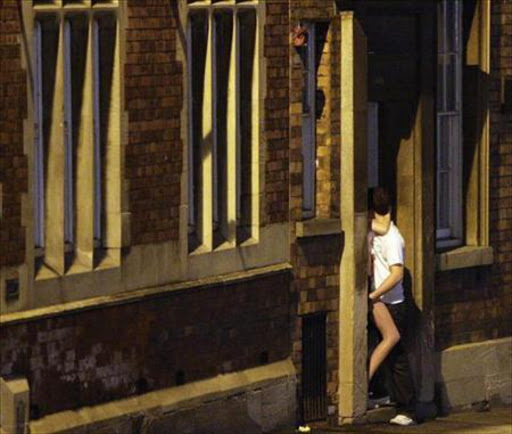 Addictions to alcohol, drugs and gambling can destroy lives, but less well known and more controversial is the overwhelming need for sexual satisfaction so intense that psychologists compare it to crack cocaine

US Representative Anthony Weiner stepped down from Congress under pressure from fellow Democrats, including President Barack Obama, after he admitted to "sexting" in which he sent lewd pictures of himself to young women. He said he was seeking treatment for an unspecified problem.

Golfer Tiger Woods checked into an unspecified rehabilitation centre for treatment after admitting to a number of extramarital affairs.

Actor David Duchovny, star of "Californication," is one of the few who has publicly announced his sex addiction. He entered a rehabilitation centre for the sex disorder in 2008.

But the sensational nature of the public admissions by the famous and powerful to multiple extramarital affairs, obsession with Internet sexting, or repeated accusations of sexual harassment, draws intense media attention -- and a fair amount of ridicule.

"People joke that if they are going to have an addiction, that's the one they want to have," said therapist Stephanie Carnes, author of "Mending a Shattered Heart."

There is also scepticism among the public and some psychologists that the sexual disorder even exists, but is rather an excuse for infidelity or viewing pornography. There is no diagnosis of addiction at all in the official listing of mental disorders -- the Diagnostic and Statistical Manual of Mental Disorders.

But as not everyone who drinks alcohol is an alcoholic, sex addiction is characterized by out of control compulsive behaviour. And it can be more damaging to family life and harder to give up than more typical addictions.

Sex, like food, is a primary need for humans. With the advent of the Internet, it is readily available -- either cybersex or quick hookups arranged through online sites. Cybersex has been called the crack cocaine of the addiction. It is also easier to hide and to deny than the more public evidence of drug or alcohol use.

But the consequences can be as severe -- loss of jobs, damaged health, financial ruin and estrangement from family and friends.

"If you look at their lives, nobody would want that. They are devastated, they lost everything, they hate themselves," Carnes said in a telephone interview.

"They are really suffering."

Sex addiction or compulsion crosses all social lines and all national borders, includes people from all walks of life, cultures and sexual orientations, and is not restricted to any age or gender.

Psychologists estimate that 3 to 5 percent of people are sexaholics, and possibly more given the ease of access on the Internet.

Psychologists also find three times as many men as women are likely to have the problem. "Women are more addicted to romance," said psychologist Steve Eichel who practices in Delaware. And women are less likely to seek help due a feeling of greater shame to admit sex addiction -- until those consequences cannot be ignored.

Just as alcoholism was seen as a moral problem a generation or two ago, sex addiction is now regarded as a character flaw or moral issue -- for men, an overindulgence in "boys will be boys" bad behaviour, and for women, "easy virtue".

But there are big differences, psychologists say.

"One or two affairs does not make a person a sex addict," said Carnes.

What does make a sex addict, psychologists say, is the inability to stop, the ever-increasing need for fulfillment, the diminishing room in the sex addict's life for family and work, and the disregard for consequences.

- A middle-aged man fired when his bosses catch him watching online pornography in his office.

- A doctor suspended from hospital practice for repeated charges of harassment because he compulsively gropes female nurses.

- An executive facing embezzlement charges and jail for using company money to pay for prostitutes.

But no frenzy of television cameras follows the vast majority of sexaholics to the rehab centres.

As Eichel said: "No one is interested in the accountant's story".

And, importantly, a person who commits a sexual assault, even multiple times, should not automatically be considered a sex addict, Carnes said. "It's the physician down the street (who is the sex addict), not the Craigslist killer," she said.

The addiction is both about sex and its ability, like drugs, alcohol or other addictions, to numb psychological pain from other issues in life and mental health problems, addiction specialists say.

"People use sex to escape and medicate," she said. The experience produces the same chemical reaction -- a hit of dopamine (in the pleasure centre of the brain) -- that someone who gambles or eats compulsively will receive.

Carnes said there are many parallels with chemical dependency, including a three- to five-year recovery process. Involvement in group therapy or in an Alcoholics Anonymous-type 12-step program is very important, she said.

Residential treatment can cost $4,000 to $6,000 a week and four to six weeks are recommended. Cheaper out-patient therapy is still expensive since it is not covered by most health insurance.

There is no official medical diagnosis of sex addiction, and no good way to test whether it exists. Some call it a compulsion rather than an addiction.

Many sceptics about the existence of this addiction see the diagnosis as enabling the wealthy who can afford treatment to escape sticky situations. The promise of recovery could lead a wife to drop divorce proceedings, an employer to give a second chance and even in some cases no criminal prosecution for crimes such as embezzlement to fund the addiction.

"There are thousands of recovering sex addicts living healthy, joyous lives," she said.

But as with other addictions, the relapse rate is high. Although no definitive studies are available as yet, Eichel puts short term success at 80 percent, with success defined not as total abstinence but healthy use of the behaviour.