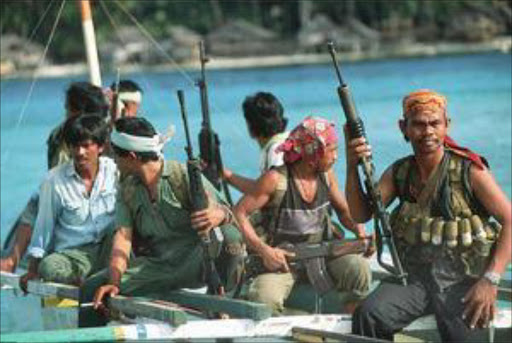 Defying international patrols, the pirates have deepened their forays in the strategic waterway, prompting some shipping operators to stay away and others to hire armed guards.

Though relatively few of those who have fallen prey to the pirates have been killed, their captivity was often brutal and protracted.

"Thousands of people are subjected to gunfire, confinement, beatings, and in some cases torture in the course of doing their jobs," said the report, published by a piracy working group including members of the shipping industry and funded by the U.S.-based One Earth Future Foundation.

Assessing the scale of the problem was difficult, the report said, as the vast majority of hostages come from developing countries that do not draw broad international attention. Just 6 percent of them have been from OECD countries.

But a survey of various official and media sources showed that at least 4,185 seafarers had faced a direct attack by pirates with firearms in the Indian Ocean or Gulf of Aden.

At least 1,432 seafarers had their ships boarded. While some escaped capture by hiding in secure cabins until the pirates left, at least 1,090 were taken hostage, often for months.

"Physical abuse... includes: deprivation of food and water, beating (often with the butt of a gun), shooting at hostages with water cannons, locking hostages in the ship's freezer, tying hostages up on deck exposed to scorching sun, and hanging hostages by their feet submerged in the sea," said the report.

At least one ship's officer was reported to have committed suicide by drowning, while other captives died of sickness.

In almost a quarter of cases, crewmen said they were not only abused but also used as "human shields," protecting the pirates from counter-attacks. In some cases, hostages were forced to take part in raids on other ships.

A report by the same group earlier this year put the cost of piracy to the global economy at $7 billion to $12 billion a year, a figure likely to rise as pirates grow bolder, using captured tankers or other large vessels as "motherships" to deploy far off the Somali coast, and demand higher ransoms.

Piracy has also inflicted a growing cost on Somalia.

At least 62 pirates were reported killed at sea in the first five months of 2011, the report said, often by international naval forces. Pirate losses to bad weather could make for a much higher death toll.

On shore, the report said, Somalis as young as 15 or less have been forcibly recruited as pirates, and piracy has aggravated drug use and prostitution.