Aide to Gaddafi son walks out 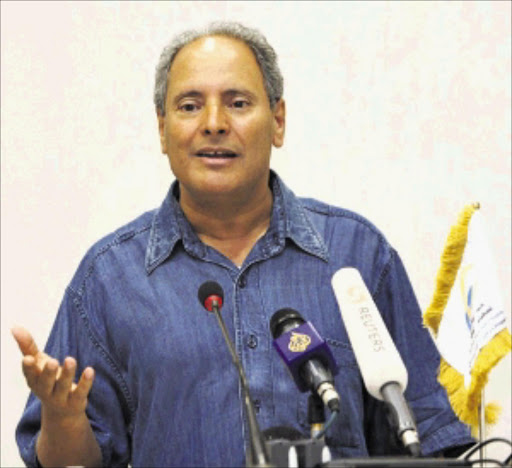 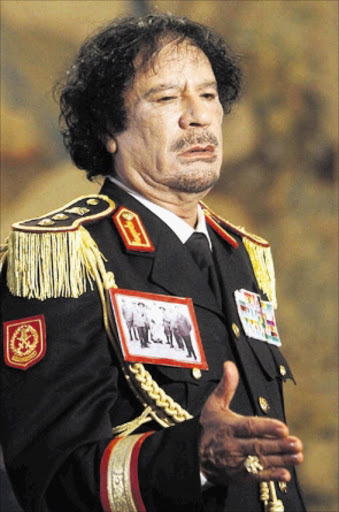 TRIPOLI - A senior aide to Muammar Gaddafi's influential son Saif resigned yesterday, the latest top official to walk out after the Libyan leader vowed to crush a revolt that threatens his four-decade rule.

"I resigned from the Gaddafi Foundation on Sunday to express dismay against violence," Youssef Sawani said. He was executive director of the foundation, which has been Saif al-Islam's main vehicle for wielding influence.

A defiant Muammar Gaddafi, in a long and rambling speech on Tuesday, said he was ready to die "a martyr" in Libya and urged his supporters to take to the streets yesterday to crush the uprising that has seen eastern regions break free of his 41-year rule and brought deadly unrest to the capital.

Swathed in brown robes, Gaddafi seethed with anger and banged a podium outside one of his residences that was damaged in a 1986 US air strike aiming to kill him. Next to him stood a monument of a fist crushing a US fighter jet.

"I am not going to leave this land. I will die here as a martyr," Gaddafi said on state television, refusing to bow to calls from some of his own ministers, soldiers and protesters who braved a fierce crackdown to clamour for him to go.

Popular protests in Egypt and Tunisia have toppled entrenched leaders, but Gaddafi said he would not be forced out by the rebellion sweeping through his vast oil-producing nation of 7million people, which stretches from the Mediterranean to the Sahara.

"I shall remain here defiant," said Gaddafi, who has ruled the mainly desert country with a mixture of populism and tight control since taking power in a coup in 1969.

In New York, the UN Security Council condemned the violence and called for those responsible for attacks on civilians to be held to account.

The turmoil in Libya, which pumps nearly 2percent of world oil output, sent Brent crude prices above R769 a barrel to a two and a half year high and triggered Wall Street's worst day since August as investors dumped stocks.

Gaddafi called protesters "rats and mercenaries" who deserved the death penalty in his 75-minute speech. He said he would call on people to "cleanse Libya house by house" unless protesters surrendered.

He urged Libyans to take to the streets to show their loyalty. "All of you who love Muammar Gaddafi, go out on the streets, secure the streets, don't be afraid of them ... Chase them, arrest them, hand them over," he said.

Libya's official news agency quoted him as telling Italian Prime Minister Silvio Berlusconi that "Libya is fine, its people are ... holding on to its security".

But British Foreign Secretary William Hague said there were "many indications of the structure of the state collapsing in Libya".

In a sign of his camp's growing isolation, Libyan diplomats at the UN and several countries broke ranks with Gaddafi's leadership.

The UN refugee agency urged Libya's neighbours to grant refuge to those fleeing the unrest.