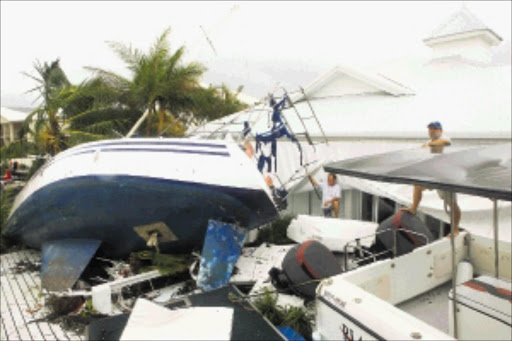 "There have been homes destroyed but we are not sure how many at this stage," said an emergency spokesperson, describing conditions as "pretty nasty".

Local media said up to 20 houses had gone up in flames at Roleystone, a heavily wooded area on the southern outskirts of Perth, with another out-of-control blaze on the northern fringes forcing more than 150 evacuations.

Both were described as a threat to lives and property, with officials urging residents to "act immediately to survive" by either abandoning their home, if it was safe to do so, or preparing to defend their property from the flames.

It came as the southeastern state of Victoria paused to mark two years since the "Black Saturday" firestorm that claimed 173 lives and obliterated entire villages.

Some towns ravaged by the 2009 fires were also hit by Cyclone Yasi-linked flash floods overnight which forced thousands from their homes in Victoria, still reeling from last month's flooding that also swamped Queensland state.

Mildura, a city of about 50000 residents, had a year's worth of rain dumped on it in a single day, inundating 200 homes.

"We are heading for some major problems in Victoria and this is going to strike people as really cruel, given that Victoria is about to mark the second anniversary of the devastating bushfires," said Prime Minister Julia Gillard.

A man died after his truck was swept into floodwaters as he tried to cross a swollen creek near the rural town of Wagga Wagga yesterday, while intense rains were also forecast for Alice Springs, in Australia's red desert centre.

Analysts have put the damage to Australia's agricultural sector as a result of the recent disasters at about R10billion.

Canberra has announced a one-off tax on higher-income earners to help meet the cost of rebuilding from the floods.

But Gillard vowed not to increase the levy and said recovery from the cyclone and fresh Victoria downpours would be funded through spending cutbacks.

"There are no easy choices left now, so in making further budget cuts there is going to be some pain around and people are going to have to recognise that," she said.