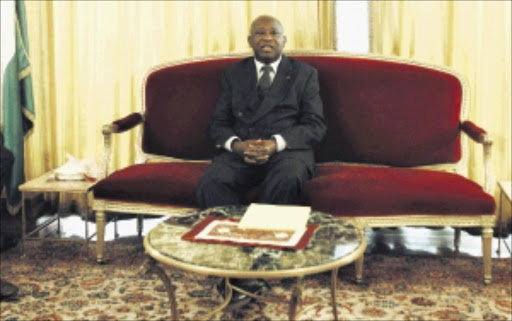 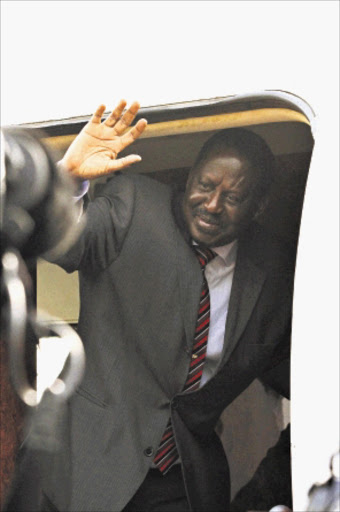 ABIDJAN - The African Union's mediator for Ivory Coast was due to hold talks yesterday with the leaders of Angola and South Africa, seen as potential weak points in efforts to force incumbent Laurent Gbagbo to step down.

The Southern African leg of Kenyan Prime Minister Raila Odinga's shuttle diplomacy comes after he failed to make a breakthrough in the standoff during talks with Gbagbo and his rival Alassane Ouattara, but solidified West African resolve for Gbagbo to step down, his office said.

"Angola is the weakest partner in AU unity," said a diplomat who is following the Ivory Coast crisis, adding that South Africa had also not weighed in as strongly as some had hoped.

"The message, however, is that Gbagbo is an unreasonable operator and we need to keep AU unity and possibly consider sanctions," the diplomat said.

The world's top cocoa grower has been paralysed since a November 28 presidential election, which UN-certified electoral commission results showed Ouattara won but Gbagbo, who retains the control of the military, has rejected.

Odinga's office said he was set to meet Angola's Jose Eduardo dos Santos yesterday afternoon "after securing the backing of three West African states whose stand is viewed as critical to the next course of action by the international community".

After leaving Ivory Coast, Odinga met the presidents of Ghana, Mali and Burkina Faso. The countries are all members of regional body Ecowas, which has called on Gbagbo to step down and threatened to oust him if he fails to do so.

Ghana, which has hundreds of thousands of citizens in Ivory Coast, said last week it was neutral in the conflict and warned against a military intervention.

However, Ghana's President John Atta Mills has since thrown his weight behind AU and Ecowas efforts, including the possible use of force, though only as a last resort, Odinga said.

Since the election, Gbagbo and Ouattara have been sworn in as parallel presidents but Gbagbo remains in the official presidential buildings while Ouattara is running his administration out of a hotel protected by United Nations troops.

Angola was the only African nation that sent an ambassador to Gbagbo's swearing in and has long links to Gbabgo, including providing military support during the 2002-3 war that divided the nation. Luanda has also criticised threats of an ouster.

Ouattara has dispatched officials he has nominated as members of his administration to Luanda to seek Angola's support but diplomats say the response has not been clear.

Odinga said on Wednesday time was running out for a peaceful solution to the crisis and blamed Gbagbo for blockages.

Gbagbo's camp later accused Odinga of being biased and said it would no longer accept him as a mediator.

Western nations have imposed travel bans and are trying to stem the flow of funds to Gbagbo through sanctions on ports and some banks but he retains the loyalty of the military and controls much of the cocoa sector and state institutions.

Cocoa arrivals at ports are above last year's levels and it is not yet clear to what extent EU sanctions will hit Gbagbo's cash flow needs, seen at around $100million (about R707million) a month for wages alone.

The payment of a coupon on Ivory Coast's $2,3billion (about R16billion) bond due in 2032 has been delayed and neither side in the crisis has contacted bond holders over what will happen once a grace period runs out later this month.