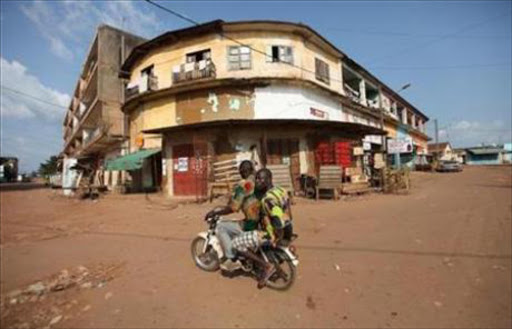 The European Union agreed to impose sanctions on Ivory Coast incumbent Laurent Gbagbo on Monday, and his army deployed near his rival's headquarters in a standoff later defused by the U.N. envoy

Gbagbo is in a power struggle with Alassane Ouattara, with both claiming victory in a November 28 election meant to reunite the world's top cocoa grower after a 2002-3 civil war, but which has instead deepened divisions.

Ouattara's camp, which enjoys broad international support after election commission results showed he won the poll, threatened to march into government buildings and state TV offices at the end of the week if Gbagbo stays put.

Gbagbo and his supporters say the vote was tainted by massive fraud and intimidation in Ouattara areas, a claim supported by the pro-Gbagbo Constitutional Council, which threw out hundreds of thousands of votes to let him win.

Ivorians are increasingly nervous about the possibility of another war in the country whose once prosperous economy was blighted by years of political stalemate after the last one.

Around 20 government troops armed with machine guns and grenade launchers deployed close to the U.N.-guarded hotel in Abidjan being used as a base by Ouattara.

A Ouattara spokesman said the stand-off followed a failed attempt earlier in the day by troops to set up a position by the hotel, before they were chased away by rebels backing Ouattara.

A spokesman for the U.N. mission said its chief Y.J. Choi visited the scene and managed to calm tensions.

"He went to where there were incidents and spoke to the parties," Hamadoun Toure said, adding that the rebels had agreed to withdraw back to inside the hotel.

Ivorian Colonel Rene Sako said Choi had agreed with the army that checkpoints near the hotel be accompanied by peacekeepers.

Ouattara was named winner by the electoral commission and has been endorsed by the U.N. Security Council. Choi says peacekeepers have orders to protect Ouattara "at all costs."

Gbagbo soldiers also blocked access to two roads leading to the hotel, but were later joined by U.N. peacekeepers who started to let traffic through, a Reuters witness saw.

In Brussels, EU foreign ministers agreed to impose sanctions on Gbagbo and his backers to deepen his diplomatic isolation.

The 27-member bloc agreed to draft a list of officials deemed to be "obstructing the process of peace and national reconciliation ... and who are jeopardizing the proper outcome of the electoral process," ministers said in a statement.

Sanctions including visa bans and asset freezes "will particularly target those leading figures who have refused to place themselves under the authority of the democratically elected President," the statement said.

"We call for an immediate and peaceful handover of power," EU foreign policy chief Catherine Ashton told reporters after the meeting of foreign ministers. "We decided to adopt, without delay, restrictive measures against those who are obstructing peace and reconciliation."

"I hope today's decision will persuade the incumbent government to respond before we reach that stage," she said.

The proposed sanctions echo measures that have been mooted by the United States. A U.S. State Department official warned Gbagbo last week that "the era of stealing elections is over."

Gbagbo, who has been in power unelected for five years, has dismissed the pressure as foreign meddling and retains control of state TV, government buildings and security forces.

Ouattara's prime minister Guillaume Soro, a former rebel leader and Prime Minister under a power-sharing government with Gbagbo, said his administration would march into the state broadcaster on Thursday and into government buildings on Friday.

"In these circumstances the legal and legitimate government cannot remain indifferent," he said in a statement.

His spokesman Ache said this would be a "peaceful march," but it is certain to be blocked by Ivorian security forces.

Tensions since the poll have propelled cocoa prices to four -month highs, with the March contract up $8 to $2,895 on Monday. Ivory Coast supplies around a third of world cocoa.

At least 28 people have been killed in election-related violence since two days before the poll, including some killed by death squads targeting Ouattara activists. Security sources and Ouattara's camp say these include Liberian militiamen hired by Gbagbo's camp, who sowed chaos during the war against him.

Gbagbo's refusal to step down threatens to compromise a $3 billion IMF aid package because the U.N. does not recognize him.