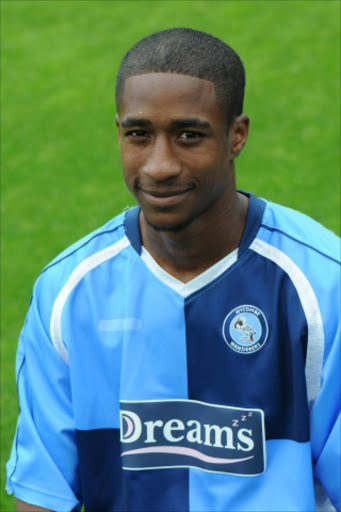 Gavin Grant, a former Millwall and Bradford striker, will serve at least 25 years in prison for his role in the gun murder of an old friend.

Grant was given the sentence at the Old Bailey after being convicted of murdering Leon Labastide, 21, outside his parents’ home in 2004.

The 26-year-old had previously been cleared of the murder of Jahmall Moore as a series of shootings scarred a north London estate.

But Grant was charged with Labastide’s murder when new witnesses  came forward.

Gareth Downie, 25, and Damian Williams, 32, were also jailed for  life and given minimum terms of 25 years — Downie for murdering Labastide and Williams for conspiracy to murder.

Grant spent the second half of last season with League Two club Bradford, where he made what look likely to be the final 11 appearances of his career.

Judge Peter Beaumont, said Labastide’s murder had been in revenge for a series of “tit-for-tat” shootings.

Labastide’s mother, Diane Havill, said in a statement: “Leon was  a keen footballer who shared his passion for the game with all who knew him. He loved life.

“His senseless killing by so-called friends who grew up with him  has left it hard for me to understand the futility of snatching Leon’s future whilst, in the same breath, destroying their own.”

As Grant was being sentenced at the Old Bailey, a woman shouted from the public gallery: “It’s all fixed” and “You are coming out”.

Stephen Batten QC, prosecuting, said that many of the people involved in the case had been linked to shootings and drug-dealing on the Stonebridge Park Estate in Harlesden, north-west London.

He told the jury: “Attitudes and standards are different. It is more the law of the jungle than the law of civilised England.

“You will hear about and see people whose behaviour will probably disgust you and make you wonder if there is any hope for the human race.”

The jury heard that trouble started with a burglary in which three women were terrorised and it was suspected that 20,000 pounds  in drug money was taken.

A 16-year-old girl, who had been in the house, gave evidence under an assumed name in the trial.

It was rumoured that Labastide was behind the burglary and Williams arranged for Grant and Downie to shoot him.