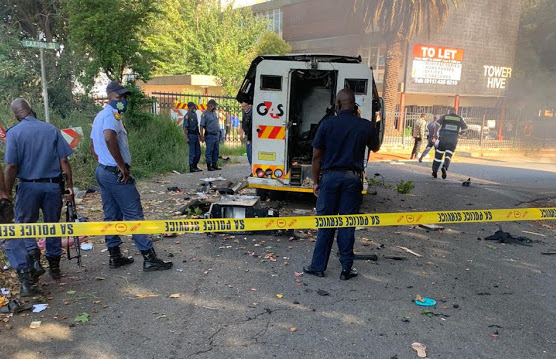 Nine cash-in-transit suspects were arrested by the Hawks on Thursday after a high-speed chase and shoot-out between the two in Hendrina, Mpumalanga.

Mogale said two suspects escaped on foot during the shoot-out.

“The multi-disciplinary team received intelligence on a would be cash-in-transit heist which was operationalised. When the team arrived at the identified safe house, a shoot-out ensued wherein two suspects escaped on foot,’’ said Mogale.

“Three were found in the caravan in the nearby residence whilst two others were arrested in the safe house. Four fled the scene in a Mercedes-Benz and a high-speed chase ensued wherein they were arrested as they made a bid for their escape,’’ she said.

Mogale said police are still on the scene gathering evidence.

“The two suspects who managed to flee hijacked a number of vehicles as they allegedly made their escape towards Elukwatini [in Mpumalanga]. The crime scene is still active,’’ she said.

Botswana police have confirmed that Sipho Mathangana and Jabu Shabangu, both aged 26, who were arrested after a botched cash-in-transit heist, are ...
News
2 weeks ago

Gauteng police have launched a manhunt for a group of suspects following a cash-in-transit heist on the R550 in Heidelberg on Monday.
News
2 weeks ago

G4S Cash Solutions is offering a reward of up to R1m for credible, useful information leading to the arrest, prosecution and conviction of criminals ...
News
1 month ago

A man has appeared in court in the Eastern Cape on charges related to dealing in commercial explosives allegedly used in ATM bombings and ...
News
1 month ago

Two security guards have been injured and one is in a critical condition after a cash in transit heist on the N4 highway on Thursday night.
News
4 months ago
Next Article