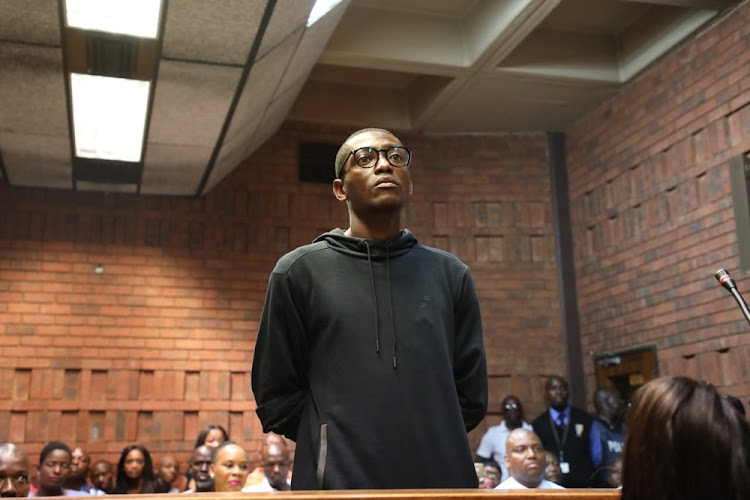 Vusi 'Khekhe' Mathibela was due to be sentenced today, but the case has been postponed to allow him to consult with expert witnesses.
Image: Thulani Mbele

The sentencing proceedings of the four men convicted of the murder of North West businessman Wandile Bozwana were postponed to September to allow the defence’s expert witnesses to consult with the accused.

They were found guilty of premeditated murder in June.

They were also convicted of the attempted murder of Mathibela's business partner Mpho Baloyi and possession of a firearm and ammunition.

They had pleaded not guilty to all charges relating to the shooting that happened on October 2 2015.

National Prosecuting Authority spokesperson Lumka Mahanjana said the accused’s legal representatives asked the court for a postponement in order for them to consult with the accused and for them to receive a copy of the signed judgment from the court.

''The court granted the postponement and ordered that the defence provide the state with the expert witness report on September 16,’’ said Mahanjana.

The matter was postponed to September 21 and 23 for sentencing proceedings.

The conviction of the man better known as Mamelodi's Number 1 Tsotsi, Vusi "Khekhe" Mathibela, and others for the murder of businessman Wandile ...
News
1 month ago
Next Article