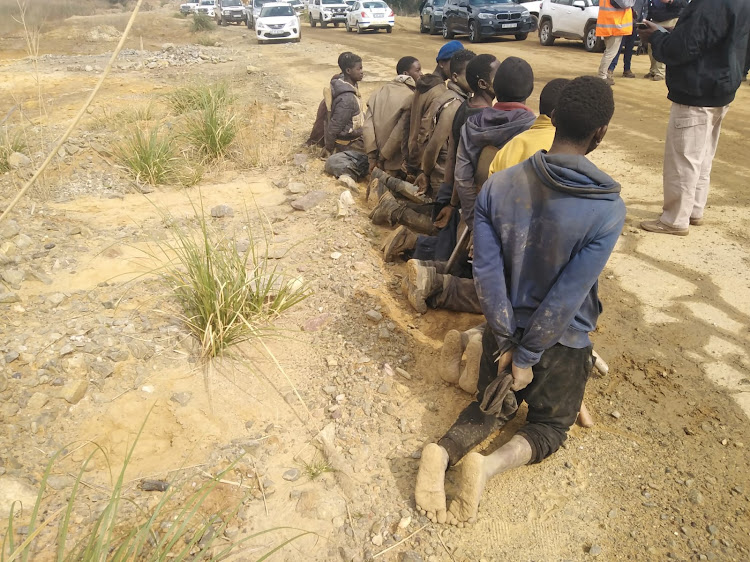 One person has died after police exchanged fire with suspects in a sting operation on the West Rand on Tuesday.

"Some of the illegal miners engaged and the police retaliated and one of them was fatally wounded. We called paramedics and when they arrived and turned him over they found him holding a pistol against his chest but he was already dead," said Mawela.

Later on, two armed men who fitted the description of people who had been spotted by the chopper earlier,  carrying a rifle and a pistol, were bust.

"What attracted us closer to where they were was a gunshot which we could hear that it is being fired underground. Police went and searched for them and found them in their hiding spot," said Mawela.

However, police did not find the rifle and the pistol on the two men. Mawela said police believe the two served as lookout men as there was a James table, also known as a gold-shaking table, which showed it had just been used.

In total, police arrested 42 suspects believed to be illegal miners and confiscated 32 cellphones. The figure is expected to rise as the operation continues.

The arrests on Tuesday follow up on the weekend swoop by police when more than 80 men and boys were arrested for contravention of immigration laws as well as illegal mining. The arrests were sparked by the rapes of women who had ventured into the mine dumps to shoot a music video.

Police minister Bheki Cele, who was also part of the operation on Tuesday, said: "It is a serious criminal operation. What is worrying is that we see very young people from Mozambique. It does look like there is some form of human trafficking that is taking place."

Cele said that such operations will become common as police try to restore safety to communities living in mining areas.