'There's opposition to advances ANC has made in last 28 years' 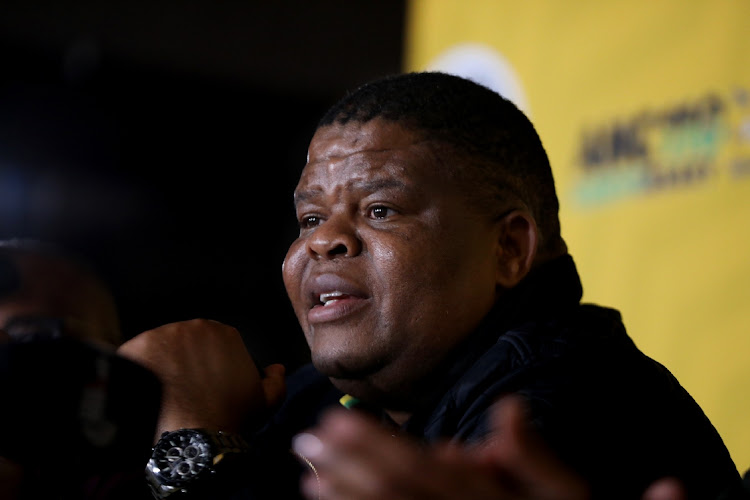 Former security minister David Mahlobo has warned more riots could be on the cards for SA.

Mahlobo, an ANC national executive committee member, was speaking at a media briefing at the ANC’s policy conference on Saturday night.

Mahlobo said there were those who were ideologically opposed to the ANC who would use the triple threat of poverty and unemployment to deliberately remove the ANC from power.

“We do agree there are those who are ideologically opposed to the ANC. They remain active. There are those opposed to advances we’ve made in the last 28 years and some of those want to use our own mistakes, failures around issues of governance, service delivery to be able to take the ANC out of power,” he said.

An expert panel report that looked into the July unrest that left more than 300 people dead in KwaZulu-Natal and Gauteng found that not only had the National Security Council, chaired by President Cyril Ramaphosa, not met for a while before the violence erupted but government had ignored a warning that the country was ripe for unrest.

During the unrest, businesses were looted after the imprisonment of former president Jacob Zuma.

ANC former deputy president Kgalema Motlanthe says the party’s constitution is enough to deal with corrupt members in the organisation.
News
2 weeks ago

The report said there was no clear co-ordination between SAPS and the security cluster. Corruption and Covid-19 regulations were found to have also played a part in the unrest.

Mahlobo said the policy conference had discussed government’s response to the July unrest.

“We’ve done an assessment around the issues that can cause an unrest like the one that happened in July last year. It’s been characterised by the ANC that it was an attempted insurrection.

"But government responded by a panel to give an assessment about the root causes and the ability of the state to respond and some of those recommendations mentioned in the respond we’re ensuring they’re implemented especially the stabilisation of SSA.

“There was a lot of instability at the top level, the issue around coordination. There was a lot of disjuncture and the pointing of fingers and we know have seamless coordination in terms of reviving the security council chaired by the president. We’re very satisfied there’s now proper response.”