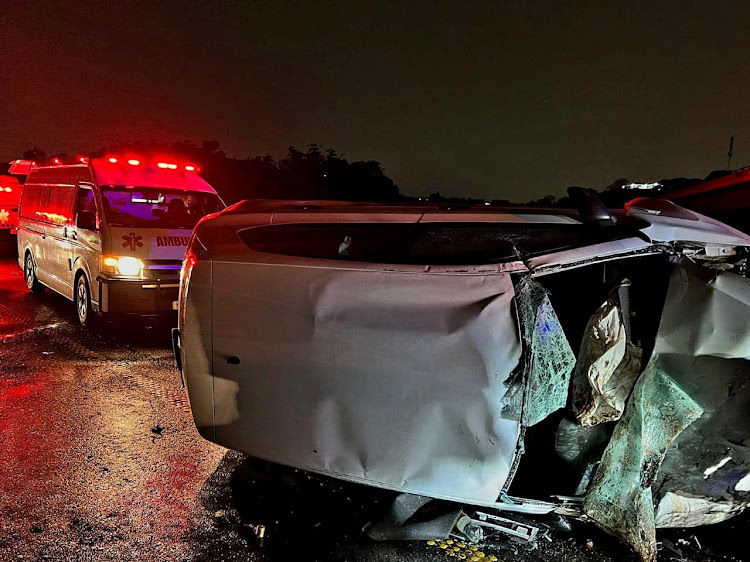 Four people are in a critical condition after the vehicle they were travelling in crashed at Spaghetti Junction on Durban's N2 in the early hours of Sunday.

Garrith Jamieson of ALS Paramedics said the accident occurred around 3am.

“A single vehicle, a Polo, had collided into the barriers before overturning, ejecting the passengers before coming to rest on its side.

“On arrival paramedics found two females and one male believed to be in their twenties had been ejected from the vehicle when it was rolling.

“All three had sustained critical injuries and advanced life support paramedics worked to stabilise them on the scene before transporting them to various hospitals for the care that they required.”

Jamieson said the driver, who was trapped in the vehicle, was freed by the fire department using the jaws of life and other hydraulic tools.

“Once free he was transported to a nearby hospital.”

The cause of the crash is unknown and is being investigated by police.

A memorial service was held on Monday at Durban’s cruise terminal for the son of deputy transport minister Sindisiwe Chikunga, who was killed in a ...
News
3 weeks ago

An early morning crash in Gauteng has left one person dead and three injured.
News
3 weeks ago
Next Article