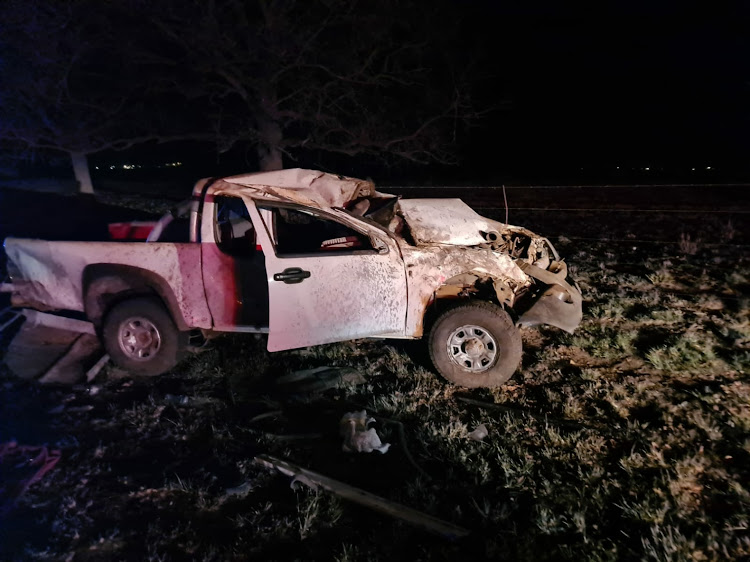 A man was killed and 10 others were injured when this bakkie rolled on the R65 near Ermelo on Saturday afternoon.
Image: ER24

A man was killed and 10 others injured when the bakkie they were travelling in rolled on the R65, about 10km outside Ermelo, Mpumalanga, on Saturday afternoon.

“ER24 and the provincial fire and EMS arrived at 5.50pm to find the bakkie upright on the side of the road. Several patients were seen lying around the vehicle,” ER24 said in a statement.

It said the medics found that one man had already succumbed to his numerous injuries.

“The ten other patients, including a three-year-old child, had sustained injuries ranging from minor to critical.”

Four people are in a critical condition after the vehicle they were travelling in crashed at Spaghetti Junction on Durban's N2 in the early hours of ...
News
2 weeks ago

A memorial service was held on Monday at Durban’s cruise terminal for the son of deputy transport minister Sindisiwe Chikunga, who was killed in a ...
News
3 weeks ago
Next Article