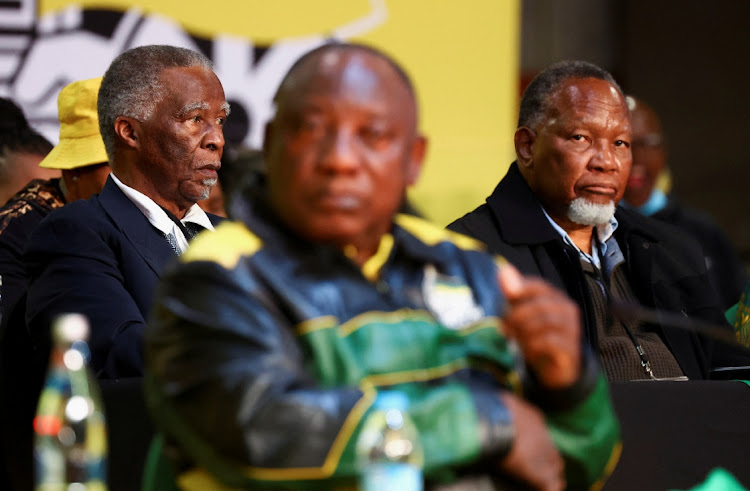 ANC former deputy president Kgalema Motlanthe says the party’s constitution is enough to deal with corrupt members in the organisation.

His comments come as the ANC is set to debate the much talked about step-aside resolution this weekend.

One of the renewal measures of the party is the step aside rule, which is facing a growing revolt as several provinces want it scrapped.

The rule forbids party members who are criminally charged from holding leadership positions.

Provinces such as Limpopo, Mpumalanga and KwaZulu-Natal have called for the rule to be scrapped.

“The constitution of the ANC has a whole section that defines what constitutes offences which triggers disciplinary proceedings against any member. The problem is implementation and as you know discipline is always effective if underpinned by consistency.

“If you apply discipline in a selective manner is undermines the entire proceedings. Yes, the constitution of the NAC is sufficient to ensure malfeasance is dealt with,” Motlanthe said on Saturday.

Motlathe’s statement contradicts what President Cyril Ramaphosa told delegates attending the ANC’s policy conference in Nasrec, in the South of Johannesburg on Friday.

While delivering the opening address, Ramaphosa told delegates there was no turning back from the resolutions taken at the party’s 54th national conference in 2017.

There's no going back – Ramaphosa on scrapping of step aside rule

ANC president Cyril Ramaphosa has taken a swipe at those calling for the party's step aside resolution to be scrapped.
News
1 week ago

Key of these was the step-aside rule which is facing major pushback.

On Saturday, Mpumalanga provincial chairperson Mandla Ndlovu made a U-turn from remarks coming out from earlier in the week.

Ndlovu said the ANC was “very sober” when it took the decision at the last national elective conference.

“Those who call for the scrapping of step aside, they must know that we will be scrapping ourselves out of government,” Ndlovu said.

ANC Gauteng provincial secretary TK Nciza said the conference had much more important matters to discuss such as growing the economy and should not dwell on the step-aside policy.

However, Nciza said the province would call for the rule to be reviewed.

Motlanthe also called for the ANC’s integrity commission to be strengthen and given powers to ensure its recommendations are implemented.

“The integrity commission is not a disciplinary structure. Theirs is to ensure the integrity of policy and the organisation itself is never compromised and they listen and interview those referred to them and come up with recommendations.

The ANC has come under fire with 200 of its members appearing in the commission of inquiry into state capture report by chief justice Raymond Zondo.
News
1 week ago

Gender matters should be dealt with by the presidency, says Gwen Ramokgopa

ANC national executive member Gwen Ramokgopa has recommended that all gender issues be dealt with by President Cyril Ramaphosa’s office.
News
1 week ago

ANC members implicated in the Zondo commission of inquiry’s state capture report will be given two months to present themselves before the party’s ...
News
2 weeks ago

Acting ANC secretary-general Paul Mashatile has called an urgent meeting with provincial leaders to discuss measures to prevent misbehaviour of ...
News
1 week ago
Next Article