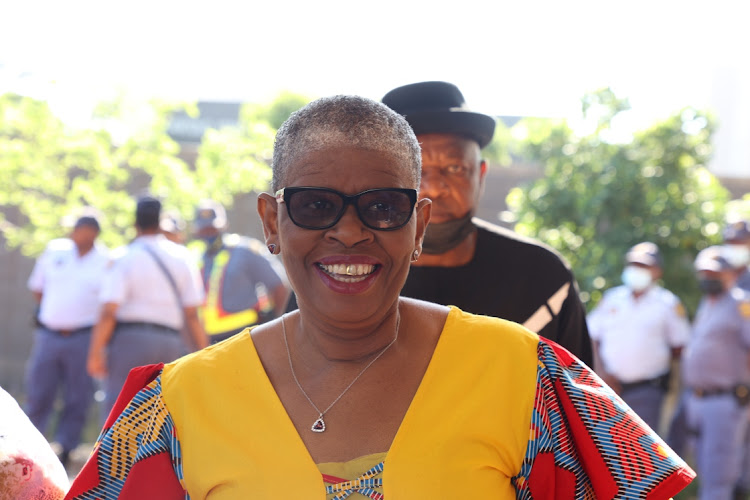 Gumede, who is now on step-aside, declined her nomination via her region's secretary Musa Nciki during the province's nomination process on Saturday.

After hours of delays, nominations finally got under way just after 1pm on Saturday at the Olive Convention Centre which saw Sihle Zikalala nominated for a second term as the province's chairperson.

When it came to Gumede to accept or decline nomination, Nciki took to the podium to speak on her behalf.

The ANC's step-aside resolution bars party members who are criminally charged from participating in party activities and as a result, Gumede could not attend the ninth provincial conference. Gumede, a former mayor of eThekwini, is facing fraud charges for allegedly flouting procurement processes for a waste removal tender, which the city forked out R320m for.

Nciki described Gumede as a disciplined member of the ANC who abides by party rules.

“As a disciplined member of the ANC Zandile Gumede is abiding by the decision of the ANC that if you are on step aside not to stand for nomination,” Nciki said.

Despite the heavy SAPS presence outside the conference venue, the KZN provincial conference has been going smoothly with delegates singing “amagwijo” and keeping spirits high.

Surprisingly businessman Sandile Zungu declined his nomination to contest Zikalala despite having earlier this week called a press conference where he declared he was ready and willing to stand for provincial chairperson.

Also nominated for deputy chair are Kwazi Mshengu and Nomagugu Simelane. For the provincial secretary position, Mdumiseni Ntuli is contested by Bheki Mtolo. Sipho Hlomka and Nontembeko Boyce are competing for deputy secretary while Jomo Sibiya and Dr Ntuthuko Mahlaba will be going head to head for the treasurer position.

The ninth provincial conference consists of 1,608 voting delegates who come from KZN's 11 regions.

Day one of the ANC KwaZulu-Natal conference was hit with delays after regions held their members back from registering on Friday.
News
3 weeks ago
Next Article