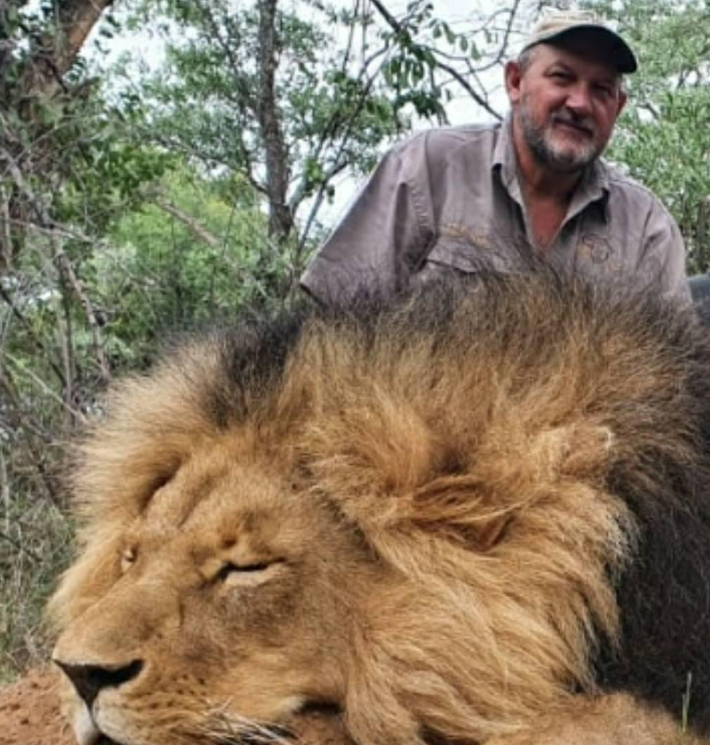 Police are after the killer of wildlife hunter Riaan Naude, who was shot dead last month.
Image: Facebook/Riaan Naude

Limpopo police are investigating the murder of Riaan Naude, a renowned wildlife hunter who was shot dead near Kruger National Park last month.

The incident happened in broad daylight along R518 on the Marken road next to Sekgobela farm, outside Mokopane, on June 8.

Limpopo police spokesperson Lt-Col Mamphaswa Seabi said 55-year-old Naude was found lying on his back next to his black and brown Toyota double-cab bakkie. He was bleeding in the head and face.

“The deceased was wearing a blue T-shirt and brown trousers. He was wearing an empty firearm holster against his waist,” said Seabi, suggesting his weapon may have been taken from him.

Police had received information from a cattle herder who was in a nearby bush.

He claimed to have heard a single gunshot and noticed a white NP300 with a trailer driving away from the scene of the crime towards the north of Marken.

A single pistol cartridge was found on the scene.

Police said the motive for the killing was unknown. It was clear unclear either if it was his own firearm which was used to kill him.

Naude’s vehicle was found with an open boot. A blue container containing water was next to his vehicle, which had been parked on the side of the road.

Seabi said it looked as though Naude’s vehicle was overheating and he had stopped to pour water into the engine.

“The deceased was carrying two hunting firearms, clothes, water, whiskey, sleeping clothes and many live rounds like he was going hunting and camping somewhere around Sterkrevier, as there are many game farms with wild animals in the area,” said Seabi.

He said there was no arrest yet and further investigations were under way.

“Anyone with information that can lead to the arrest of the suspects may contact Mahwelereng Detective-Commander Captain Mallela on 0716783305.”