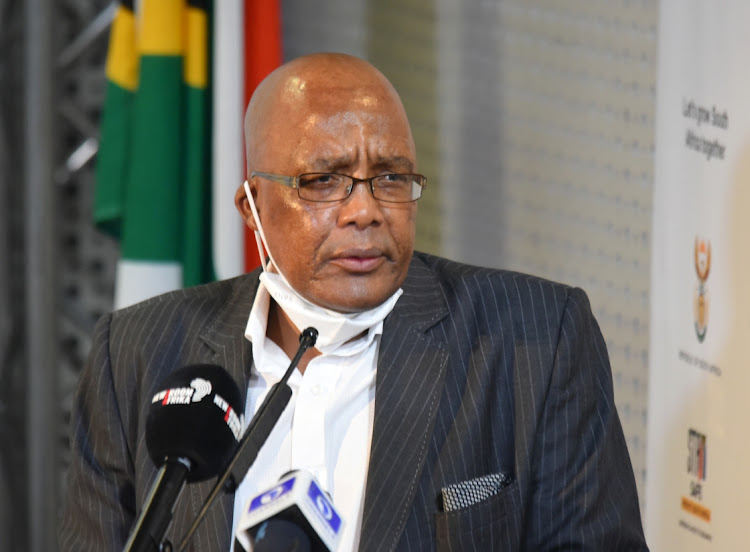 Home affairs minister Aaron Motsoaledi has promised 'to personally make sure' that recommendations into the investigation at the Government Printing Works are implemented.
Image: Freddy Mavunda.

The ministerial review panel which investigated maladministration at the Government Printing Works (GPW) has found that there was a failure of management and supervision that led to the crashing of the server at the institution.

“All of this accompanied by a lack of support and maintenance contracts with service providers for the servmoticing of ICT-related equipment.

"Underpinning these issues, however, is a failure of management and supervision at various levels which are the ultimate cause of systemic failures at the GPW,” said panel chair Papati Malavi.

Home affairs minister Aaron Motsoaledi and his team briefed parliaments' committee on home affairs on the investigation on the financial data and loss of curriculum vitae (CVs) at GPW and an investigation by Hawks on the allegations of corruption levelled against the chief executive officer of the organisation.

“The crash resulted in the loss of critical data, a part of which, the ministerial review panel has been informed, may never be recovered. ICT division staff members informed the panel that the crash was caused by a surge in electricity when power resumed after a blackout/load shedding.”

Home affairs minister Aaron Motsoaledi has told parliament he wants strong action taken against those responsible for sabotaging the Government ...
News
1 month ago

However upon investigations with Eskom and City of Tshwane, it was established that there was no power outage on the said days. Subsequently it was discovered that the surge was caused by non-compliant electrical installations at pavilion 2, which housed the crashed server.

Therefore, he said: “The panel’s key direct finding is that the incident of 4 February 2021 was caused by poor maintenance of the ICT infrastructure due essentially to the fact that the CIO and his team did not know how to perform proper functions on the server.”

Malavi said this included the loading of discs, scrubbing them before loading new data, ensuring that there was proper back-up should there be a problem "because ICT equipment does fail".

On consequence management, he said, disciplinary action should be considered against the acting CEO during 2017/2018, Thandi Moyo, in relation to “acting in reckless disregard of GPW business continuity in approving the business case for the termination of the contracts of the service providers who provided the outsourced ICT skills and thus putting GPW’s business continuity at risk".

He said disciplinary action for gross negligence should be considered against the chief information officer, Anele Apleni, as head of ICT. Apleni resigned after he was confronted with the damning allegations this year.

Disciplinary action should also be considered against the head of security for identified security breeches.

He added that Bezuidenhout had since resigned from GPW.

Motsoaledi welcomed the recommendations, saying he will personally make sure that they are implemented and that a number of shortcomings were being dealt with.

He said he became suspicious when people like Apleni resigned after being confronted.

“I needed to stop it but I consulted experts who said you can’t stop a person from leaving an institution if they want to leave. We need to find a recourse to the law for somebody who makes damage and then leaves.”

While the panel did not find “a smoking gun of sabotage", it found that there was gross negligence at GPW.

“In my view you can sabotage an institution by neglecting the things you are supposed to do and gross negligence can be a form of sabotage but unfortunately I cannot point out that there was sabotage. I made those comments on the assertion of somebody who was working there that this was an accident waiting to happen and that people were aware of it.”