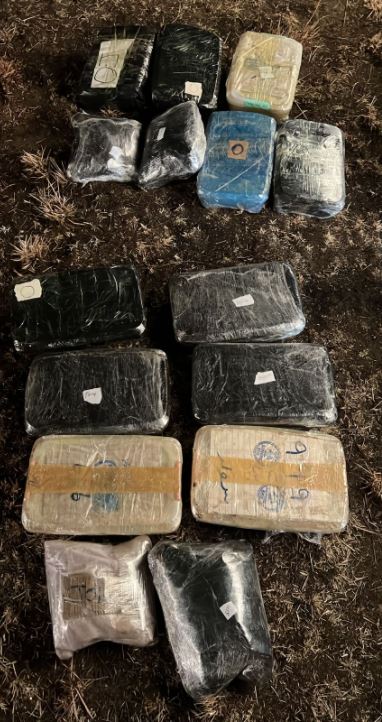 Some of the packets of heroin and crystal meth which were recovered by police during a search of a bakkie on the N12 near Springs on the East Rand
Image: supplied

Narcotics detectives and police crime intelligence agents have seized dozens of kilograms of heroin and crystal meth from an international drug smuggling syndicate outside Johannesburg.

Officers from the SAPS organised crime investigation head office and crime intelligence agents from the transnational, drug trafficking and gangs section, along with the K9 West Rand unit members, made the seizure when they arrested a suspected drug trafficker on Tuesday afternoon on the N12 near Springs on the East Rand.

The suspect has been charged with dealing in drugs and will appear in court soon.

Police sources said the suspect was arrested hours after entering SA from Mozambique.

A policeman, who cannot be named as he is not authorised to speak to the media, said investigators had been monitoring the suspect for some time.

TimesLIVE understands the suspect is allegedly linked to an Afghanistan-based drug syndicate specialising in smuggling narcotics into SA via Tanzania and Mozambique. 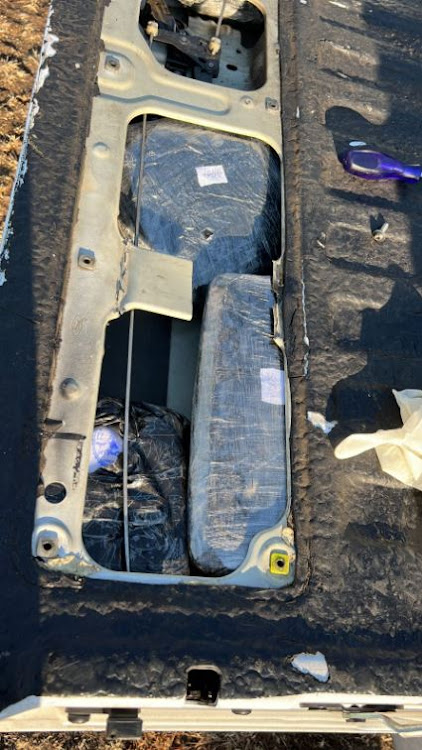 Bags of heroin hidden inside false compartments of a bakkie whose driver was stopped by police on the N12 near Springs on the East Rand.
Image: supplied

The source said the heroin and crystal meth, which was wrapped in 75 different packages, was hidden in false compartments built into the suspect’s Ford Ranger bakkie.

“The suspect has been under observation for quite some time. We believe he is part of an international heroin and crystal meth smuggling syndicate which brings the drugs into SA via the east coast of Africa.

“The drugs are brought into SA for consumption here and for distribution to Europe and Australia.”