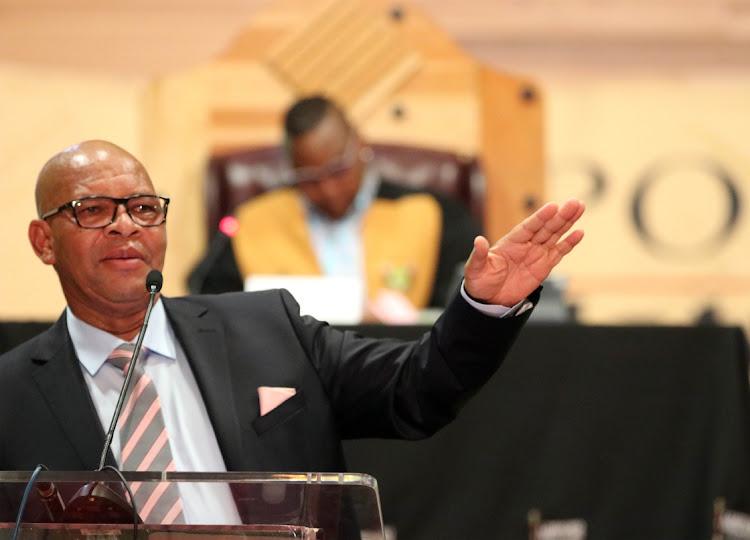 Limpopo premier Stan Mathabatha on Friday said he had received and accepted the resignation of the head of the provincial health department, Dr Thokozani Mhlongo, with immediate effect.

In April, the public protector published a report on an own initiative investigation into allegations of maladministration and procurement irregularities in the awarding of tenders for the supply of personal protective equipment (PPE) by the Limpopo department of health.

In the report, dated April 29, the public protector found that the allegation that the department did not follow due processes in the procurement of PPE was substantiated.

The public protector also found that the conduct of Mhlongo was in contravention of the Public Finance Management Act (PFMA) for, among other reasons, failing to ensure there was an appropriate procurement and provisioning system that was fair, equitable, transparent, competitive and cost-effective.

It was also found that the conduct of Mhlongo constituted maladministration and improper conduct.

The public protector said the premier must, within 90 working days of receipt of the report, take disciplinary action against the head of department for contravening sections of the PFMA.

It is unclear if the premier had undertaken the remedial action ordered by the public protector before Mhlongo’s resignation.

“The premier has thanked Dr Mhlongo and wished her well in her future endeavours,” the Limpopo government said in a statement.

Disgruntled labour unions in the health sector in Limpopo are demanding that health MEC Phophi Ramathuba fire a hospital boss, who allegedly ...
News
11 months ago

The police had to turn away scores of people from at least one hospital who did not meet the criteria to be vaccinated against Covid-19 under the ...
News
1 year ago

Health unions in Limpopo have suspended their plans to go on strike over a new roster following a meeting health with the provincial department.
News
1 year ago
Next Article