Premature to talk about burial of the ANC in 2024, Mabuza warns

Factionalism and corruption singled out as party's demons 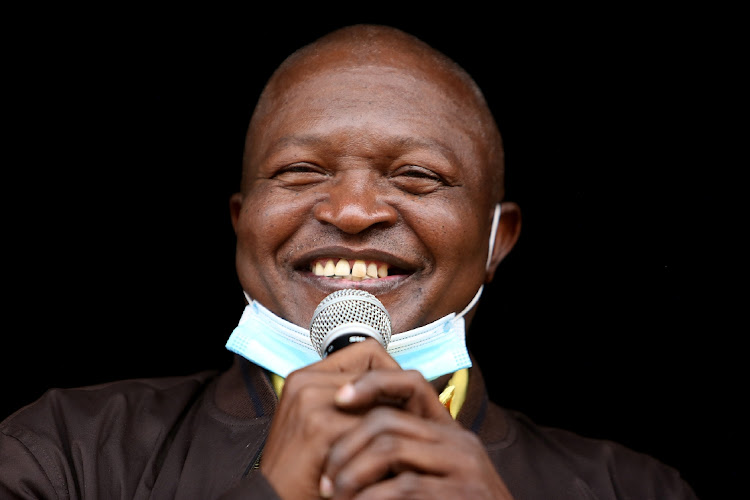 David Mabuza says those who predicted the ANC's death were wrong as the party was not at death's door.
Image: Alon Skuy

With a crumbling economy and widespread blackouts, ANC deputy president David Mabuza says though the party is afflicted with “demons” of corruption and factionalism, it will survive the do-or-die 2024 national elections.

This is because the ANC knows what people want, he said.

Addressing supporters in Polokwane on Thursday, Mabuza claimed those who predicted its death were wrong as the party was not at death's door.

His assurances seem in contrast to reality with the party’s steady decline at the polls that saw it secure less than 50% of the vote for the first time in last year’s local government elections.

Gauteng’s internal report suggests that its support in the province stands at 36%. During the 2006 local government elections the ANC got 62.5% of votes in Gauteng, before declining sharply last year.

During the 2019 general election the ANC received 57.5% at the polls and this was during the height of Cyril Ramaphosa's popularity with the voting majority.

ANC deputy president David Mabuza is adamant that the party will retain power in the 2024 general elections.
News
1 month ago

Mabuza was delivering the keynote address at the Peter Mokaba memorial lecture in Polokwane.

For the first time since the dawn of democracy, the ANC dropped below 50% nationally following the local government elections in November.

A man who's word was once king in Mpumalanga, Mabuza has lost steam over the years  and even failed to secure an invitation to his home province's provincial conference when Mpumalanga elected Mandla Ndlovu as the provincial chair.

Ndlovu had previously admitted that no invitation had been extended to Mabuza – a man who was instrumental in Ramaphosa being elected president of the ANC in 2018.

Mabuza warned members not to be tempted by lobby groups as the party heads to its elective conference in December, cautioning them to remain disciplined.

“The conference will come and pass. Leaders have come and some are gone. There is no reason to fight about this.”

Touching on the ANC's factional battles, Mabuza cautioned that people were not interested in the party's internal squabbles or infighting.

“People are less concerned about the fighting within the ANC. People are worried about services they must receive. They want water, electricity, roads, want children to go to schools, hospitals and want clinics.

“They’re not interested in us fighting. This must stop. It must stop.”

Before stepping down from the podium, he said there were two “demons” that had plagued the organisation since 1994, “factionalism within the ranks and corruption... because if I’m chair of a branch, I stand a good position of being a councillor. If I'm the regional chair I stand in a good position to be mayor and if I'm the provincial chair then I stand good chance of being a premier.

“Comrade Mokaba would have despised modern-day corruption as much as he hated apartheid corruption. He would’ve frowned on reported corruption within our ranks, more especially in some cases of members of the ANC that are continuously reported in cases of corruption,” he said.

Ronald Lamola is not prepared to  “wait his turn” in the ANC leadership queue and is pressing ahead with plans to contest for the deputy president ...
News
1 month ago

Instead of bickering, elected leaders should work together to resolve the country’s challenges, said Deputy President David Mabuza on Thursday.
News
2 months ago

Party donors back factions, not the ANC, reports Tau