'Unassuming' man arrested for murder of gran, mom and daughter was wanted for another murder 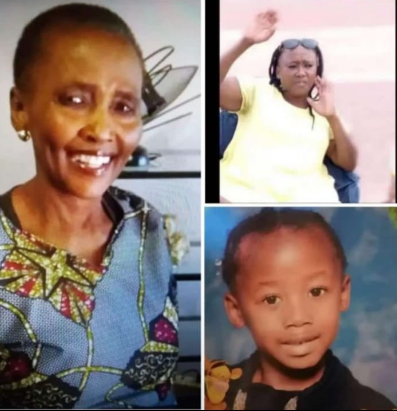 Zanele Ndlela, 65, was murdered alongside her daughter Smangele and granddaughter Zenande in the early hours of Monday morning.
Image: Supplied.

The 29-year-old suspect held in connection with the triple murder in Sobantu township was being sought for another murder case in Greenwood Park in Durban.

This was revealed by the Mountain Rise police station commander Brig Boxer Pillay on Wednesday as he addressed a group of Sobantu residents who stormed the station at which the case was opened.

“There are several cases opened against him, not only at Mountain Rise but in Greenwood Park there is a murder case. The reason the suspect is still in detention is so that we can complete the investigation. He has to be linked to all the cases,” said Pillay.

On Monday, family members made a grim discovery of the bodies of  65-year-old Zanele Ndlela, her 46-year-old daughter Smangele and seven-year-old granddaughter Zenande.

Gran, mom and daughter raped and murdered in Sobantu, KZN

The KwaZulu-Natal family of two women and a young girl whose bludgeoned bodies were discovered on Monday at their home in Sobantu township on Monday ...
News
1 month ago

Zenande was a grade 2 pupil at Alston Primary School. According to police, she and her mother, Smangele, were raped during the ordeal. The suspect was allegedly the last to be seen with them and according to the Ndlela family, had bloodstained clothes during his arrest.

Family spokesperson Xolani Ndlela said the family knew the suspect and would have never thought he would harm anyone.

Xolani said the suspect was with him and other people on Sunday as they drank alcohol in the Ndlela home until the early hours of Monday morning.

Pillay said at the time of the murder, members of the community had phoned him directly.

“I was the first policeman on the scene,” he said

The suspect is expected to appear in court on Thursday.

Residents carrying placards called for life imprisonment of the accused. Their move to the station was informed by the accused not appearing in court despite assurances he would appear on Wednesday. 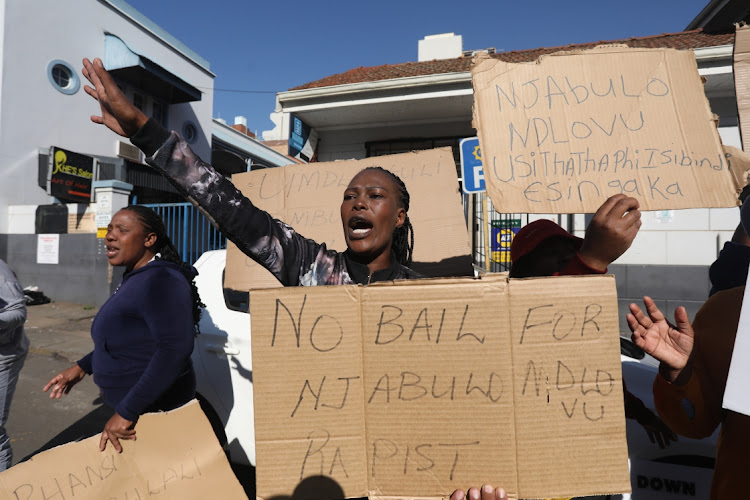 Angry Sobantu township residents picketed outside the Pietermaritzburg magistrate's court on Wednesday, where a triple-murder suspect was meant to make an appearance. The community also stormed Mountain Rise police station to find out when the suspect would appear after his no show.
Image: Sandile Ndlovu

Community member Busisiswe Mbokazi said they want to see the accused rotting behind bars as his actions were inhumane.

She said in the past the community had raised concerns about the townships not having adequate street lighting, which had been now a thing of the past.

“But now you will be surprised that most of these crimes happen inside the confines of homes. The trend also indicates that most perpetrators come from outside the township,” said Mbokazi.

Sobantu-born ANC member of the KZN provincial legislature Vusi Dube said the incident had not only angered him but had also tainted the township which was steeped in the history of struggle.

“These heinous acts demonstrate an erosion of ubuntu in this community and among the young people,” said Dube. He said the crimes also painted men in a bad light.

“The violation was perpetuated by a so-called man.  I am at loss for words. We are really saddened by this,” said Dube.

Dube used the opportunity to call for calm in the community, as some people had made it known they were considering invading the home where the suspect lived in an act of revenge.

He said crime woes of the community of Sobantu are well documented, vowing that they would be tallying up all the townships cases which had gone unresolved.

“It's the second time, if not the third  time, that the community of Sobantu has come to this station to air its grievances. They have constantly showed that the police are not following up and lazy to do their work,” said Dube.

The minister of social development, Lindiwe Zulu, provincial MEC Nonhlanhla Khoza and an interfaith will hold a prayer meeting on Thursday.

SA's bail laws are not the problem but rather the trick is to ensure police present strong evidence with strong witnesses to prevent would-be ...
News
1 month ago

Power over another, or what sociologists, for years, have termed "dominance behaviour", is seen as the core characteristic of masculinity.
Opinion
1 month ago

LISTEN | 'Namhla was really desperate to leave, he micromanaged her': cousin

Namhla Mtwa, 35, was shot dead last month as she arrived at her home in Mthatha. It’s alleged that she was in an abusive relationship.
News
2 months ago
Next Article