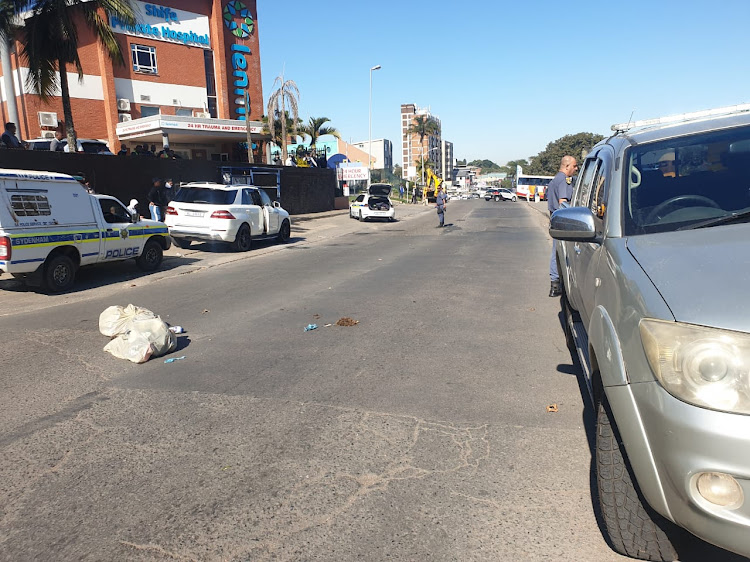 The scene on Randles Road in Sydenham, where a man was shot dead inside his vehicle on Thursday.
Image: Supplied

A suspected drug kingpin has been shot dead in what is believed to have been a hit outside the main gate of Lenmed Shifa Private Hospital in Sydenham, Durban.

It is understood the man, whose identity is known to TimesLIVE, was shot while seated inside a white Mercedes SUV in Randles Road shortly before midday on Thursday.

Sources say the incident is drug related, the area being rife with rival gangs.

Many black communities in SA face structural and economic crises that have led to the complete breakdown of the family unit.
Opinion
1 month ago

South Africans can point fingers at parents for their children’s behaviour all they want, but we are all to blame for creating a broken society.
News
1 month ago
Next Article