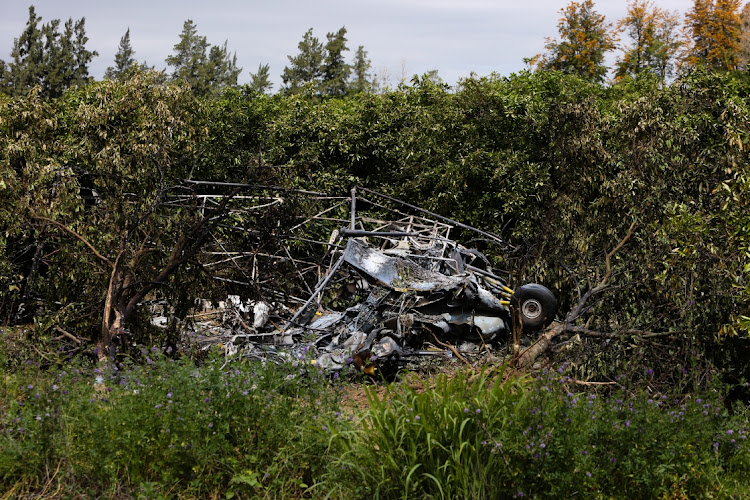 Their plane crashed on a farm.

“It is alleged that the pilots aged 25 and 33 years old left Dawid Stuurman airport at about 18:15 last night on route to East London. However they turned the Sling 2 aircraft around at Kenton-On-Sea and headed back towards Gqeberha.

“At about 20:07, communication with the aircraft was lost and at about 22:00, a SAPS Search and Rescue team including the diving unit and Gqeberha K9 unit were mobilised to search for the missing aircraft,” said Col Priscilla Naidu.

“The search was abandoned at 02:30 on Sunday morning and resumed at 07:00. The rescue team was assisted by the SA Air Force and the Mountain Club of SA. The aircraft was located via an aerial view. It had crashed in bushes on a farm in Kinklebos,” Naidu added.

Both pilots were declared dead on the scene. Naidu said inquest dockets had been opened.

The cause of the crash was not immediately clear. It would be investigated by civil aviation authorities.

A pilot had a lucky escape on Friday after a light aircraft crashed near Lanseria International Airport in Gauteng.
News
5 months ago
Next Article