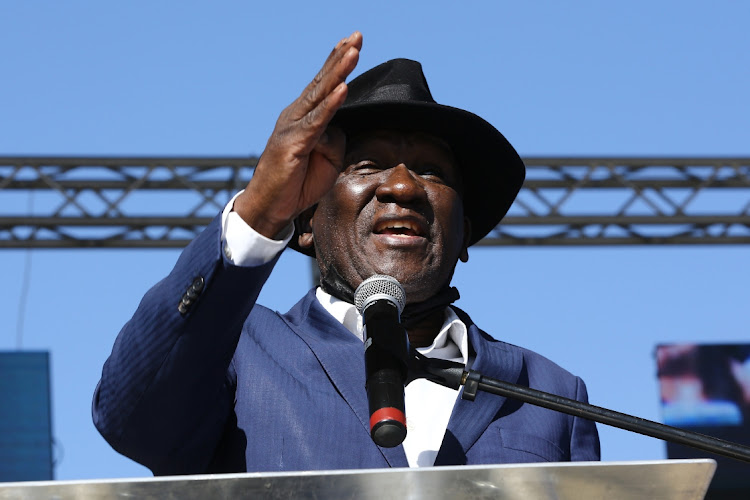 Police minister Bheki Cele on Sunday asked East London parents why they were not concerned when their minor children were not home following tavern tragedy that killed 20 youths.
Image: File/ THAPELO MOREBUDI

Police minister, Bheki Cele on Sunday did not hold back when he lashed out at community members of Scenery Park in East London where 20 young people died at the Enyobeni tavern in the early hours of the morning.

Cele said he had since learnt that the tavern was frequented by many minors.

He asked parents how they went to bed on Saturday night, not knowing where their children, some as young as 13, were.

“I stay with my boy who is in university in Cape Town. He came back home after 11pm on Friday night and I sat him down and told him you don’t come home after 11pm,” Cele said, adding  that every parent had a responsibility to parent their children.

Cele had rushed to the tavern on Sunday morning after news that 17 patrons had inexplicably died in the facility. Another three died in hospital while two were still in hospital in a critical condition.

The Daily Dispatch reported that family members who suspected their children were among the victims were gathered outside the tavern but were barred from entering the premises.

The publication said initial speculation was that the patrons were exposed to some form of poison as none of the bodies they could see had any visible injuries.

Cele said they initially received reports that a stampede had occurred but said evidence on the scene ruled this theory out.

“But I cannot disclose to you what happened until I have been told by the investigating team,” he said.

He however, pointed out some faults they found at the tavern, including the fact that it had only one entry and exit point, was in a residential area and was seemingly open to underage children.

“We have brought in a special forensic team from the police in Pretoria ... They are a top team that will tell us if it was poison but we need to come back to this area to see what is happening in the shebeens and not only come back once they have killed our kids,” Cele said.

Police are still unclear on the circumstances surrounding the early morning mass deaths.
News
1 month ago

Meanwhile, President Cyril Ramaphosa has expressed his condolences and concern after the incident, saying it was disturbing patrons at the establishment may have been underage.

Ramaphosa, who is currently on a working visit to Germany, sent through a statement via his office, calling for a proper investigation into what occurred.

“The president expects the law to take its course following investigations into the tragedy,” his office said.

Ramaphosa said: “This tragedy is made even more grave by its occurrence during Youth Month — a time during which we celebrate young people, advocate and advance opportunities for improved socioeconomic conditions for the youth of our nation.”

Police have since shed more light on the incident.

Brig Tembinkosi Kinana said they were informed of the incident at around 4am after a call from community members.

A total of 17 people had been found dead inside the premises. They were between the ages of 18 and 20.

“Seven of the confirmed deaths are females and thirteen are males. Inquest dockets have been registered for further investigation,” Kinana said.

“The circumstances surrounding the incident are currently under investigation. Police do not want to make speculations regarding the cause of the incident as that may risk jeopardising the sensitive investigation that is under way,” he added.