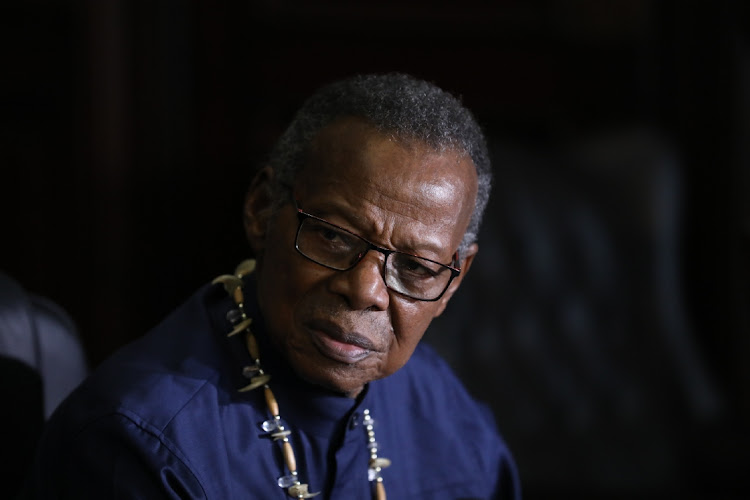 IFP president and traditional prime minister to the Zulu monarch, Mangosuthu Buthelezi, is accused of being behind the royal succession disputes. File image.
Image: Sandile Ndlovu

Senior Zulu royal family members have — for the first time — pointed the finger at Prince Mangosuthu Buthelezi as the alleged architect of the chaos that has engulfed the family since the death of King Goodwill Zwelithini.

The pandemonium — which first erupted over the validity of the late king’s last will and testament fuelled by a bitter fight over succession — has now resulted in two separate court actions instituted by senior royals.

“The core Zulu royal family members have proceeded to the Supreme Court of Appeal to challenge Prince Misuzulu’s kingship by appealing the court judgment handed down by deputy judge president Madondo in the Pietermaritzburg high court. 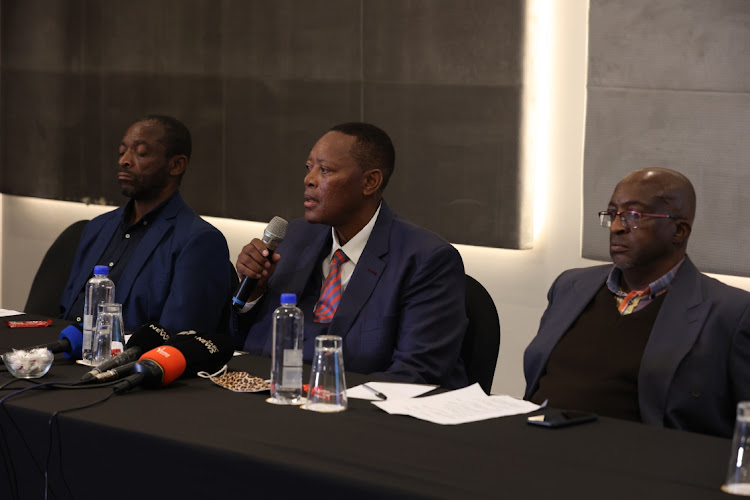 Prince Vulindlela, Prince Mbonisi and Prince Mathuba Zulu briefing the media about how Prince Mangosuthu Buthelezi has conducted himself in handling the issues of the Zulu royal family regarding the succession battle and other matters.
Image: Sandile Ndlovu

“President Cyril Ramaphosa’s decision to recognise Prince Misuzulu as king of the AmaZulu nation has also been challenged by the core Zulu royal family members in the Pretoria high court,” Prince Mbonisi kaBhekuzulu said on Thursday.

The prince addressed the media with his brothers — Prince Mathuba KaBhekuzulu and Prince Vulindlela kaBhekuzulu.

They are the three surviving blood brothers of the late King Goodwill Zwelithini KaBhekuzulu and members of the royal council — a structure formed by the late king to lead the royal family.

According to Prince Mbonisi, guidelines legislated by the government dictate that core members of the family must come up with a name in the question of succession.

“When the core family has decided, then the throne is cleansed and nobody can be called a king until such a process has been followed,” is how he explained succession.

However, a king was picked — and certified by the president.

The royals said while they disagreed with the manner in which the process was handled and thus challenged it in court, it was in fact Buthelezi who had encroached on royal matters and caused divisions and disunity.

“We ask respectfully that Buthelezi leaves us alone as the royal family — even if he says what we are trying to do is nonsensical, that is fine, our father (King Bhekuzulu) will deal with us.

“He has never seen us dictating to his family on how to conduct their business in KwaPhindangene, it is disrespectful of him to interfere with royal family matters the way he has done. He is a nephew to our grandfather but he is a Buthelezi,” Prince Vulindlela said.

Buthelezi has been the strongest backer of the ascendancy of King Misuzulu to the throne, initially armed with the will of Queen Shiyiwe Mantfombi Dlamini Zulu, mother of the soon-to-be-king, according to Ramaphosa.

Prince Mathuba concurred, adding that Buthelezi’s position of traditional prime minister to the Zulu monarch does not allow him to [interfere].

“That work is not dictatorial in nature — it is for a person who consults and takes direction from the family, not for a person to swear at us and suggest who belongs where in the family,” he said.

The insults relate to incidents in which Buthelezi has referred to the late King King Goodwill Zwelithini's siblings as people who “appear to consider themselves the royal family”.

Referring to Prince Mbonisi — Buthelezi’s explanation said King Bhezukulu and the prince’s mother “had a fling” and King Zwelithini embraced him and allegedly used him to “run errands” — minimising his position in the royal family.

A teary Prince Mbonisi on Thursday recalled the incidents as heartbreaking, coming from a person whom he considered a father.

He added that efforts to bring the warring sides together had failed.

“Even when we wanted to mourn during the passing of Mantfombi — trying to meet MisuZulu in our brother's house — we were prevented from seeing him and we were told before we see him we must see Buthelezi, a shocking thing to us because how can you close the door on us, [saying] we can’t see our son unless we go via Buthelezi,” he said.

The princes said they also had no access to their mother — Queen Mavis Zungu — due to Buthelezi’s influence on her. The princes also lambasted Buthelezi over a cleansing ceremony, a ritual hunt and the washing of the king’s weapons, set to take place at the weekend.

“It is public knowledge that the Zulu royal family performed cleansings of the royal households, the ritual hunt and the washing of the king’s weapons on June 18 2021, where Prince Misuzulu excused himself from attending, saying he had an illness.

“The ceremonies and rituals were led and performed by the core Zulu royal family members,” Prince Mbonisi concluded.

TimesLIVE is awaiting an official response from Buthelezi's office on the allegations.