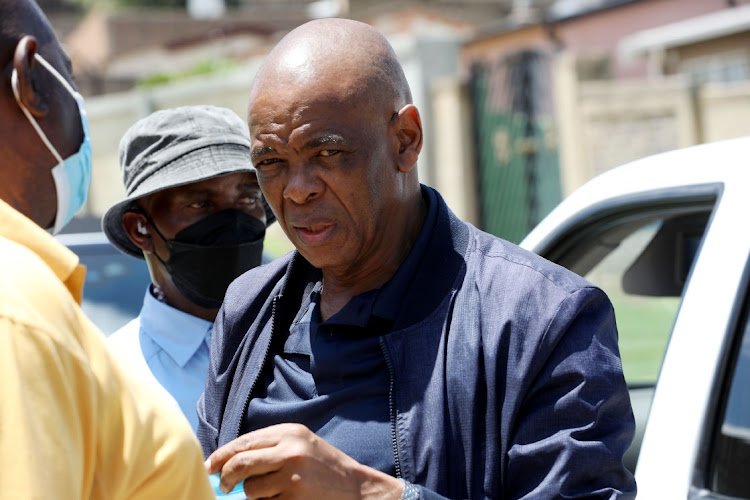 Murder, assaults, death threats, armed robberies and a culture of fear were central to ensuring the multimillion-rand Vrede dairy farm project ploughed ahead, with politicians using foot soldiers and corrupt policemen to stop investigations into it.

This was one of the findings by chief justice Raymond Zondo in his final report on the capture of the SA state. Zondo has called for an independent team of police officers to be appointed to probe a litany of alleged murders and assaults of those questioning the true motive behind the project.

Zondo said it was “imperative” that closed down cases of murder, assault and intimidation of among others, the National Treasury and local government officials who were probing the saga, and emerging dairy farmers, be reopened.

The Vrede project, which was to have benefited 100 black emerging dairy farmers, was managed by the Gupta-linked company Estina.

Money for beneficiaries was channelled to the Guptas through their various SA and offshore businesses with a portion used to fund the family’s lavish Sun City wedding.

A culture of fear, impunity and lack of accountability emerged as critics were victimised and threatened with death. Some were even mysteriously killed

Magashule was Free State premier at the time of the project.

The trio came under stinging criticism in Zondo’s report, with the chief justice calling for Thabethe to be criminally prosecuted, and for the National Prosecuting Authority (NPA) and police to probe potential criminal charges against Magashule and Zwane.

Zondo also called for efforts to be made by the government to recoup monies from those implicated in the report.

He said in the wake of the failure of the project, those who asked probing questions and wanted to know more, including some of the beneficiaries and Treasury officials, “have been and probably still are being targeted by those who deemed it their duty to cover up and protect those who have to answer”.

Sometimes I thought this day would never come, says Zondo as he hands over final state capture report

Chief justice Raymond Zondo on Wednesday wrapped up the work of the state capture commission, saying it had been a tough four years.
News
5 days ago

“A culture of fear, impunity and lack of accountability emerged as critics were victimised and threatened with death. Some were even mysteriously killed after threats of death were issued.

“Would-have-been beneficiaries, members of [the Free State] legislature, politicians, businessmen and investigators were not spared.”

He said project beneficiaries Ephraim Dhlamini and Meshack Ncongwane, who were the chair and deputy chair of the African Farmers' Association, were threatened with their lives when they became critical of the project.

“The two witnesses talked of threats to their lives, particularly Dhlamini, and of the killing with perceptible criminal justice consequences of those beneficiaries who spoke out about the concerns of the beneficiaries.

“Some of those [beneficiaries] known to have died are Philemon Ngwenya. He was killed after being threatened and told that he would die.”

He said the alleged killers “are believed to be the contact persons for the former MEC [Zwane]”.

Zondo said two people from Warden, who were beneficiaries of the project, were shot dead.

“Moses Chauke, who was coming to investigate the project, was kidnapped, tortured and murdered even before he reached Bloemfontein. His life is said to have been threatened [by a provincial government official] before he was actually killed. He was killed allegedly because he raised too many questions about the project.”

He said despite video evidence of threats against Dhlamini, the Hawks and the Vrede police station commander’s investigations into the threats “seems to have stalled, yielded no results or simply did not take place”.

“Dhlamini’s cries in the face of criminality were never responded to. This will give his attackers courage and an increased sense of impunity.”

The National Director of Public Prosecutions (NDPP) is set to fight an appeal by a Gupta company in which it seeks to be granted legal standing to ...
News
4 months ago

The cause of the fire is still unknown and it "might take a while" to establish what sparked the blaze.
News
5 months ago 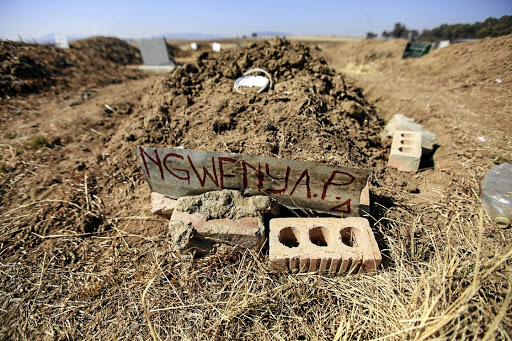 The resting place of Philemon Ngwenya, who was beaten to death. File photo.
Image: Alaister Russell

Zondo said Albert Radebe, a DA municipal council member for Phumelela municipality was targeted for speaking about cattle dying on the Vrede farm.

“He became a target of a group of enforcers employed by the department of agriculture in Vrede. He says they were well known as enforcers of Zwane’s policies in Vrede.

“Radebe was physically attacked by the group ... because he was against the position of the ruling party on the project. He attempted to report the attack to the police in Vrede but officials at the police station, including the station commander, informed him that he was not allowed to open a case since this related to political activities. He had to wait for police from Bethlehem. No-one from the SAPS ever contacted him.”

He said such actions warranted the need for an independent investigation from police outside the province.

“The theme of collaboration of state law enforcement officers with corruption and state capture and the consequent failure to enforce the law emerges.”

He said it was difficult not to notice certain people acting “as personal enforcers or foot soldiers for Zwane”.

“This ought not to be left without proper investigation.”

Zondo, highlighting death threats against National Treasury investigator Dumisani Cele, said the “climate of fear and death threats around the project is a fact and not fiction”.

He said the threats against Cele, who was the director of specialised audit services in the National Treasury in 2017, who had investigated the project, had to be “vigorously investigated, not only because they are criminal ... but also because the commission has a responsibility ... to dislodge practices of state capture”.

“The one area on which the commission must continue to report on, as there is no evidence of pending processes that are being followed, is the aspect of the threat to life. This is because it is possible that the NPA may, based on that [Cele] affidavit, see it as an isolated incident.”

He said the commission had evidence that the threat against Cele was not isolated.

“It is accumulated and if not curbed, will nurture and support the crippling of state institutions or the seizure of the control by criminals as well as other unconstitutional activities. It is more than crime.

“The commission must therefore ensure that all deaths, death threats, acts of violence and threats of violence around the project and made in this report are investigated by an independent [police] team under independent leadership from outside the Free State.

“The spectre of vigilantism committed with impunity must be nipped in the bud. Investigations must follow the chain upward to include those in whose name or at the behest of whom these acts are being perpetrated. No stone must be left unturned in uprooting lawlessness ... The absence of effective law enforcement feeds and protects state capture.”

He said reports must be provided on why crimes linked to the project had not been resolved by the police and prosecuted.